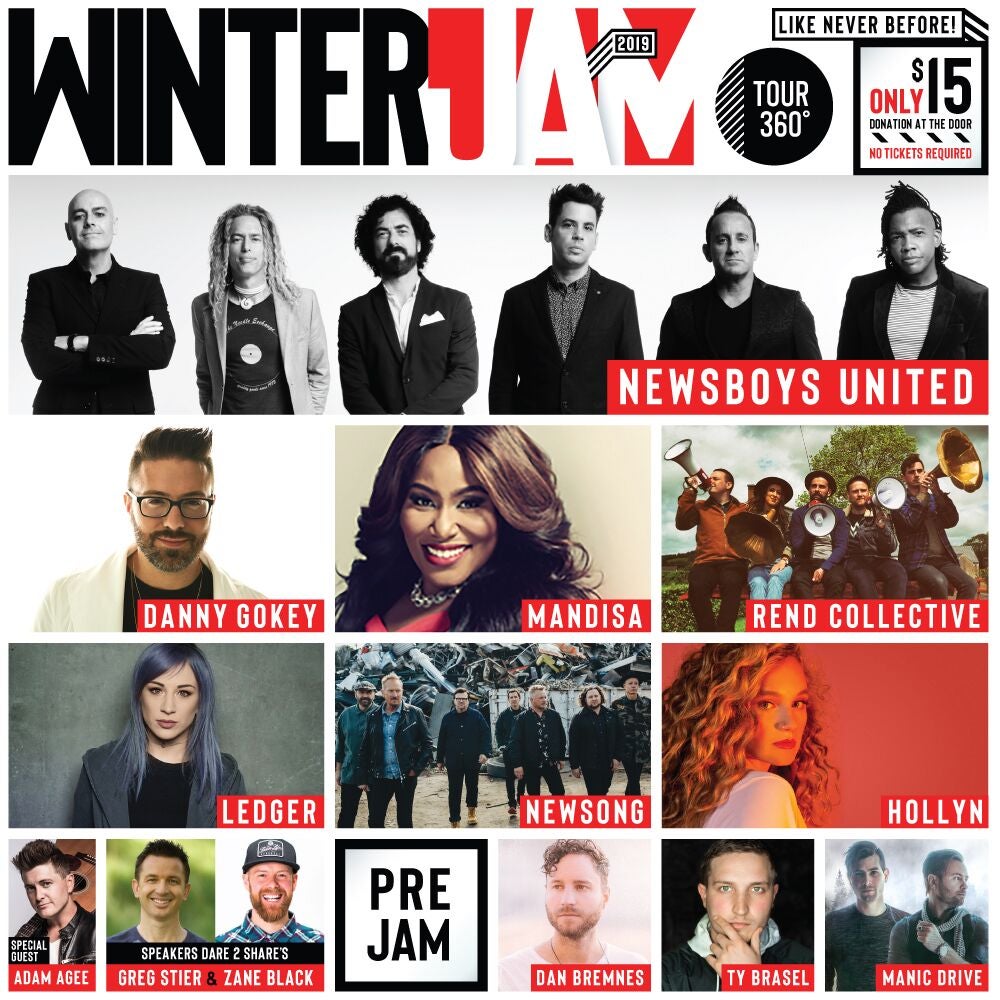 The Winter Jam Tour Spectacular, Christian music’s largest annual tour and one of the top first quarter tours in the world, made a series of major announcements during festivities held earlier this evening. Streamed around the world via Facebook LIVE, the event—at Nashville's Hard Rock Café—was attended by artists, industry personnel and national media. Revealing a history-making tour first, Winter Jam will be presented on a 360º “in the round” center stage, showcasing a diverse lineup helmed by supergroup Newsboys United.

Kicking off January 11 at Jacksonville, Florida’s Veterans Memorial Arena, Winter Jam is scheduled to hit a total of 44 cities, including a Saturday, Feb. 23, 2019 stop at Greensboro Coliseum.

"I’ve been extremely excited to tell people about this year’s lineup,” said NewSong founding member and Winter Jam creator Eddie Carswell. “Not only are we thrilled to tour with several artists who’ve never been part of Winter Jam before, but we can't wait to be back on the road with some of our closest friends. It's going to be fun!”

“We’re looking forward to having a 360º stage for the first time,” Carswell adds. “It’s something we’ve dreamed about and now it’s a reality for us and the fans. This setup will offer better views, more seating and surround sound. More than anything, I’m just ready to see how God is going to use all the artists, songs and speakers to draw people to Himself. He’s the reason we do this every year!”

"With Peter and Phil back onstage with us, we can't wait to bring the Newsboys United show to Winter Jam next year," says Newsboys' Michael Tait. "It's a blast to join forces with such an incredible lineup of artists, and the ministry at the heart of Winter Jam is always evident."

Created and hosted by one of Christian music’s most influential bands, NewSong, Winter Jam exploded from a single show in 1995 to become the genre's benchmark tour. Throughout two decades, Winter Jam has helped provide a powerful platform for the Gospel in major arenas nationwide, consistently showcasing Christian music's biggest artists.