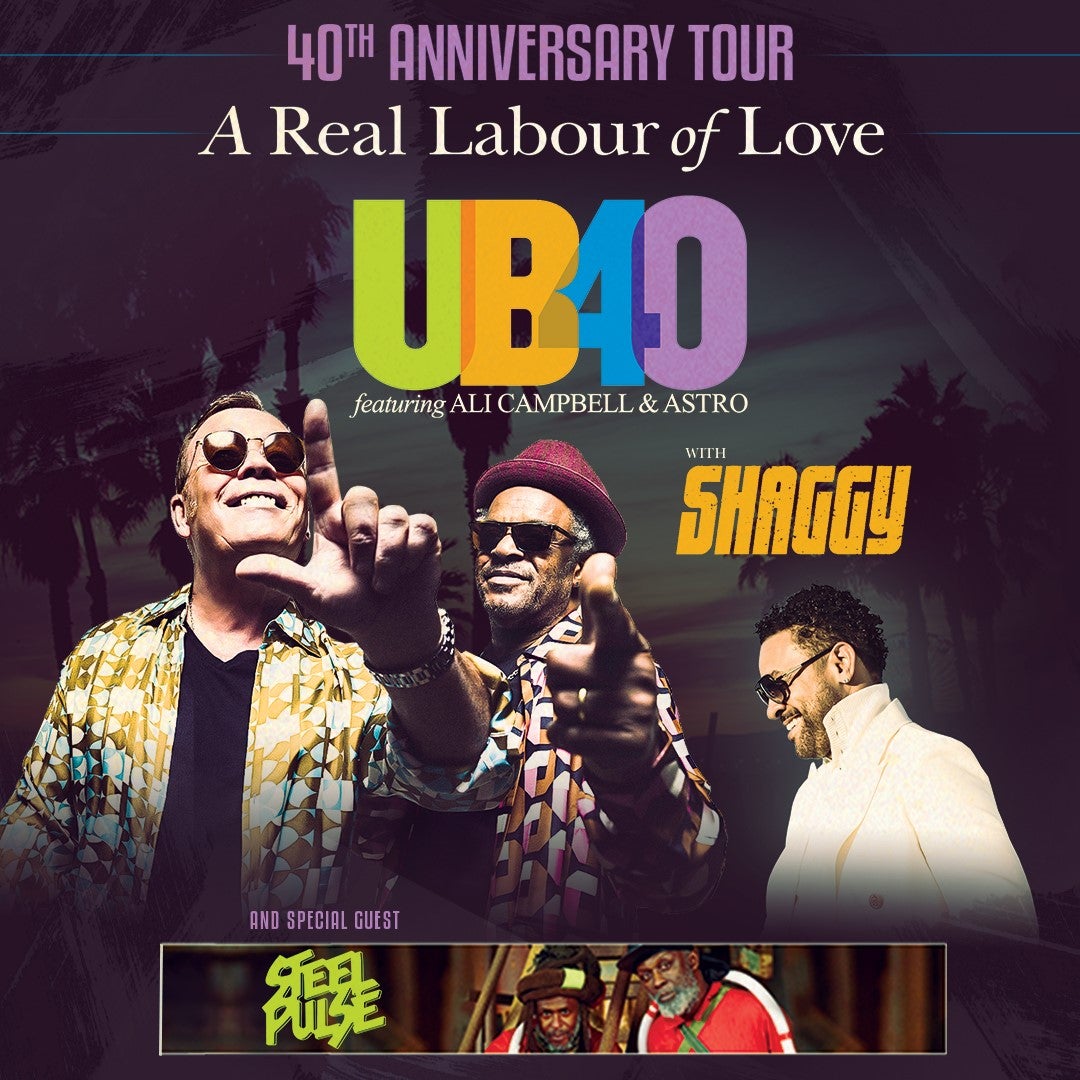 One of the most successful reggae acts of all time, UB40 Featuring Ali Campbell and Astro, have announced their 40th Anniversary Tour: A Real Labour of Love. Special guest Shaggy will join on all dates across North America this summer and fall. Steel Pulse and The Green will open on select dates.

Produced by Live Nation, the 15-city outing will kick off August 28th in Toronto, ON and make stops in Boston, Brooklyn, Chicago and more before wrapping September 28th in Las Vegas, NV. The tour will see the artists playing outdoors in amphitheaters across the U.S. and Canada all through August and September.

UB40 featuring Ali Campbell and Astro will play White Oak Amphitheatre at the Greensboro Coliseum Complex on Friday September 13.  Tickets go on sale to the general public beginning Friday, May 17th at 10am local time at LiveNation.com. Citi is the official presale credit card of the tour. As such, Citi cardmembers will have access to purchase presale tickets beginning Wednesday, May 15th at 10am local time until Thursday, May 16th at 10pm local time through Citi EntertainmentSM. For complete presale details visit www.citientertainment.com.

Fans can expect nothing short of a good time from both founding members of UB40 who have sold over 70 million records and seen incredible success domestically and internationally throughout their 40+ year long career.