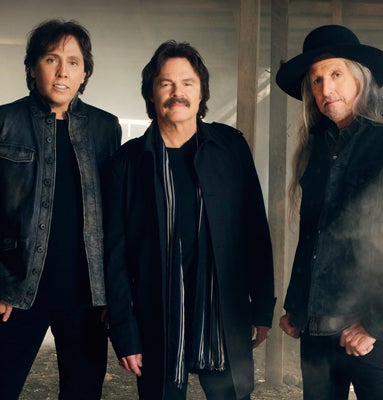 The Doobie Brothers will play White Oak Amphitheatre at the Greensboro Coliseum Complex on October 16. Tickets go on sale Friday, July 27 at LiveNation.com, via the Live Nation app, Ticketmaster, or by phone 800-745-3000.

"We will be writing and recording new music this summer, and we are looking forward to heading back on the road in September. We will start the fall tour with a couple dates with the Eagles and the Zac Brown Band, and we will end with two incredible, full-album performances at the Beacon Theatre in New York City in November," the band stated.

THE DOOBIE BROTHERS have been delivering mind-blowing, roots-based, harmony-laden, guitar-driven rock and roll for over four decades, selling more than 48 million albums and winning four GRAMMY® Awards. They released their latest album, Southbound, in November 2014 on Arista Nashville. Southbound features new recordings of the band’s biggest hits, with country music’s biggest stars including Blake Shelton, Zac Brown Band, Brad Paisley and Toby Keith. Boasting one of the most loyal fan bases in music, the band continues to write and record new material and tour the world. Their No. 1 singles “Black Water” (1974) and “What a Fool Believes” (1979), both gold, lead a catalog of indelible songs that include: “Listen to the Music,” “China Grove,”  “Jesus Is Just All Right,” “Rockin’ Down the Highway,” “Long Train Runnin’,” “Take Me In Your Arms,” Takin’ it to the Streets,” “Minute by Minute,” “You Belong to Me,” “The Doctor” and more. In all, the Doobies have tallied up five top 10 singles and 16 top 40 hits. Beginning with their multi-million-selling sophomore collection Toulouse Street (1972), the Doobies have 3 multi-platinum, 7 platinum and 14 Gold albums. Their Best of the Doobies (1976) has sold more than 12 million copies – a rare “diamond record.”

For more information on The Doobie Brothers, visit the band's at TheDoobieBrothers.com.  To purchase tickets go to livenation.com.