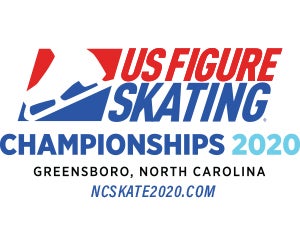 Skaters begin the road to Greensboro

Altogether eight different regional and sectional challenges, which comprise the first step of skater qualifications for the U.S. Championships, will be held at seven locations across the country, beginning today and continuing through the month of October. Each competition runs from Wednesday through Sunday, and will be held as follows:

Athletes advancing to the next round of qualifying will compete in sectional or U.S. final to be held next month, Tuesday, November 12 through Saturday, November 16. The competitions are:

Those top athletes at the sectional and U.S. finals at the junior and senior level (as well as some top novice competitors) in ladies, men, pairs, and ice dance will then go on to compete in Greensboro at the 2020 U.S. Figure Skating Championships which will be held January 20-26, 2020, at the Greensboro Coliseum Complex in Greensboro, NC. Select athletes at the novice, intermediate and juvenile levels will be named to the National High Performance Development Team and will participate in a camp held in conjunction with U.S. Championships.