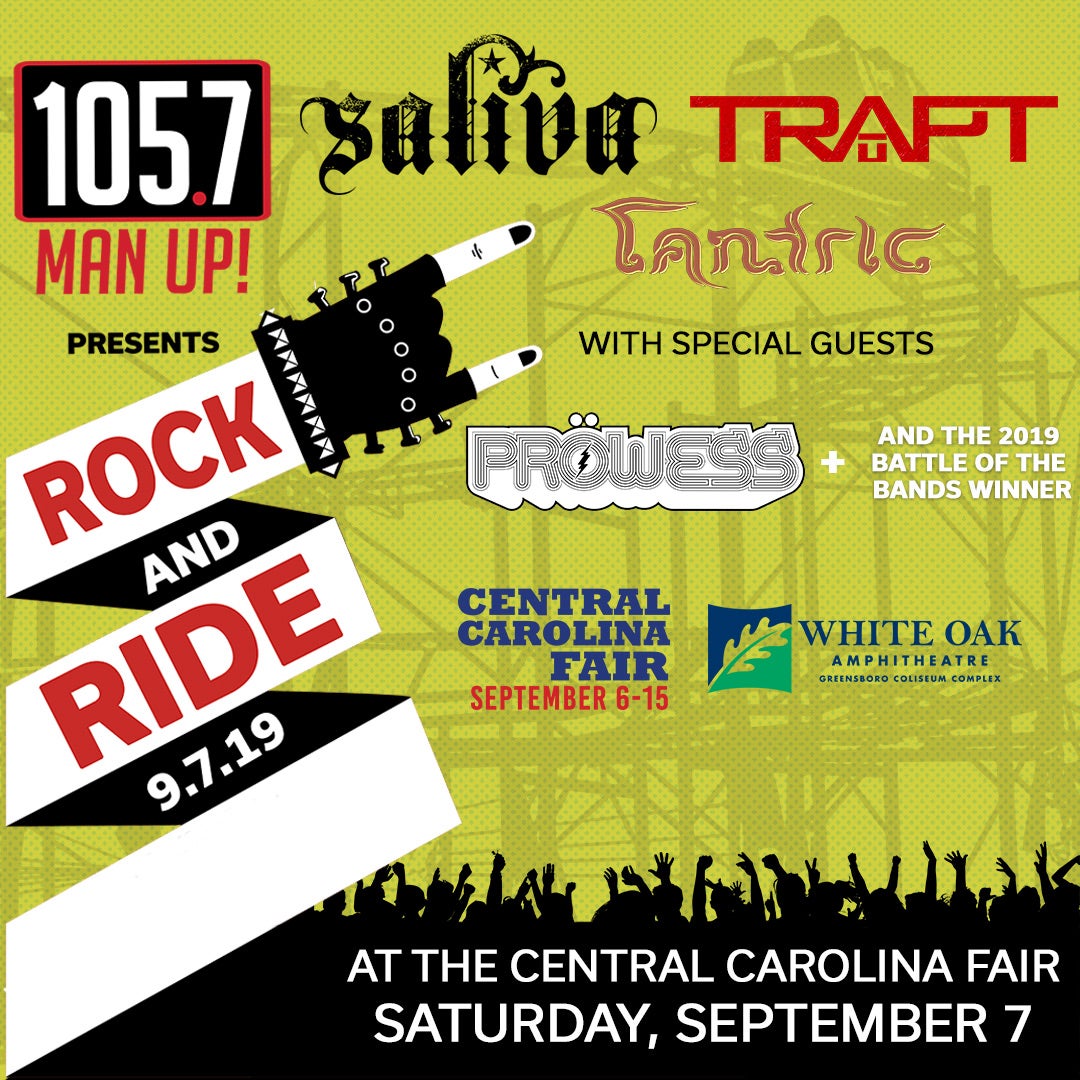 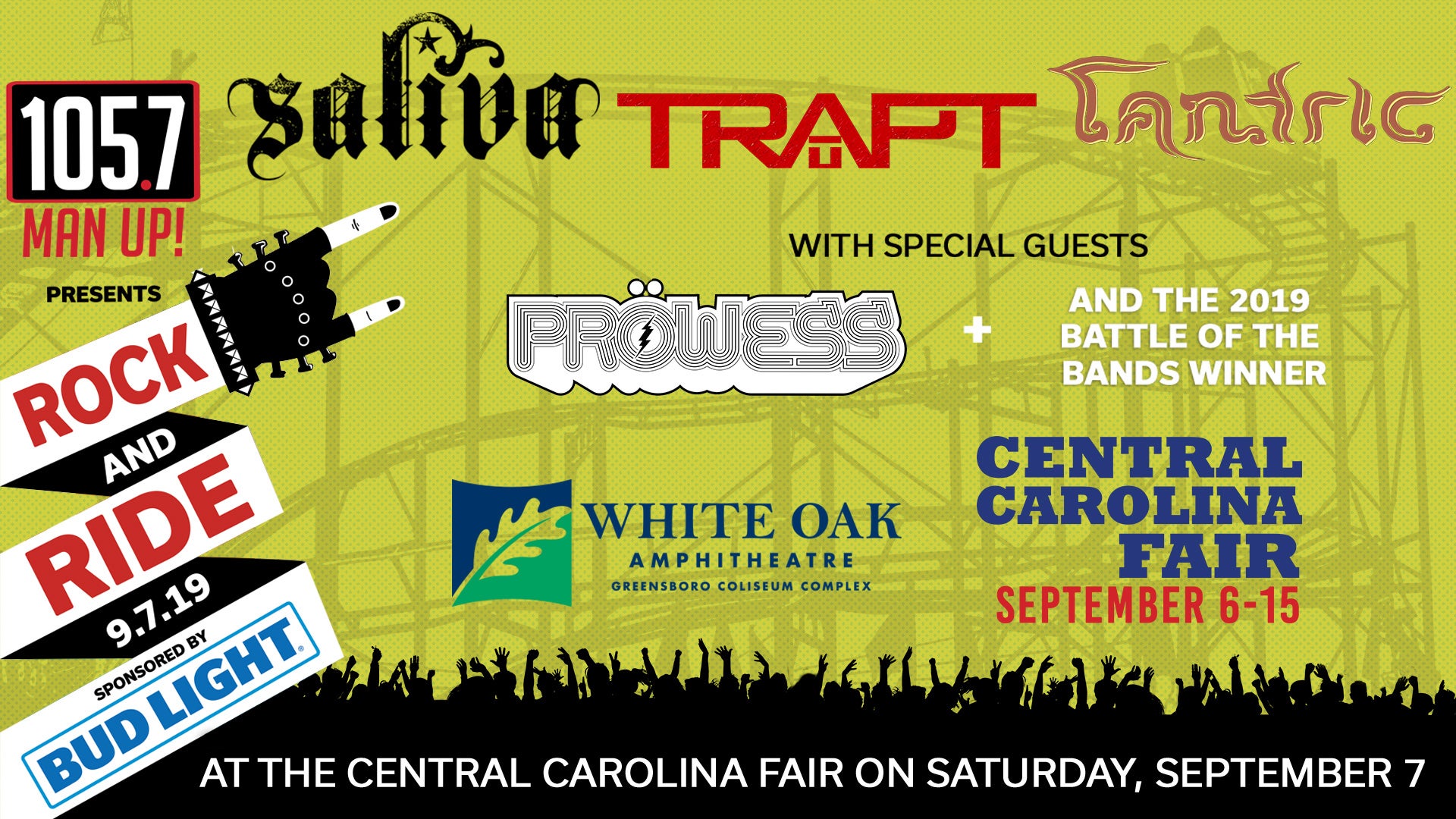 Presale tickets will go on sale Friday, July 12 at 10 a.m. at ticketmaster.com for the early bird price of $10.57 (plus fees) and will be available at that special price through Monday, July 15. The general public on sale ($20 ticket price) begins Tuesday, July 16 at ticketmaster.com and the Greensboro Coliseum box office. Tickets increase to $25 day of show.

Gates will open at 3 p.m. and the concert will begin at 3:30 p.m. with a performance by 105.7 Man Up’s ‘Battle of the Bands’ contest winner followed by a performance by special guest Prowess.

Saliva’s mix of angsty hard rock and hip-hop credits them with a double-platinum certification for its sophomore album, Every Six Seconds, which featured “Your Disease,” the hit single that earned a Grammy nomination for Best Hard Rock Performance. Today the band is passionate about their most recent release Love, Lies and Therapy.

Trapt has traveled the world with rock and alternative rock’s biggest name, while selling 2.5 million records worldwide. Since its formation in 1997. Their eponymous debut album was certified platinum and featured the No. 1 hit single “Headstrong.”

The 121st annual Central Carolina Fair will be held at the Greensboro Coliseum Complex beginning Friday, Sept. 6 through Sunday, Sept. 15. The Fair will feature spectacular rides, carnival food and games, musical entertainment and attractions for all ages.