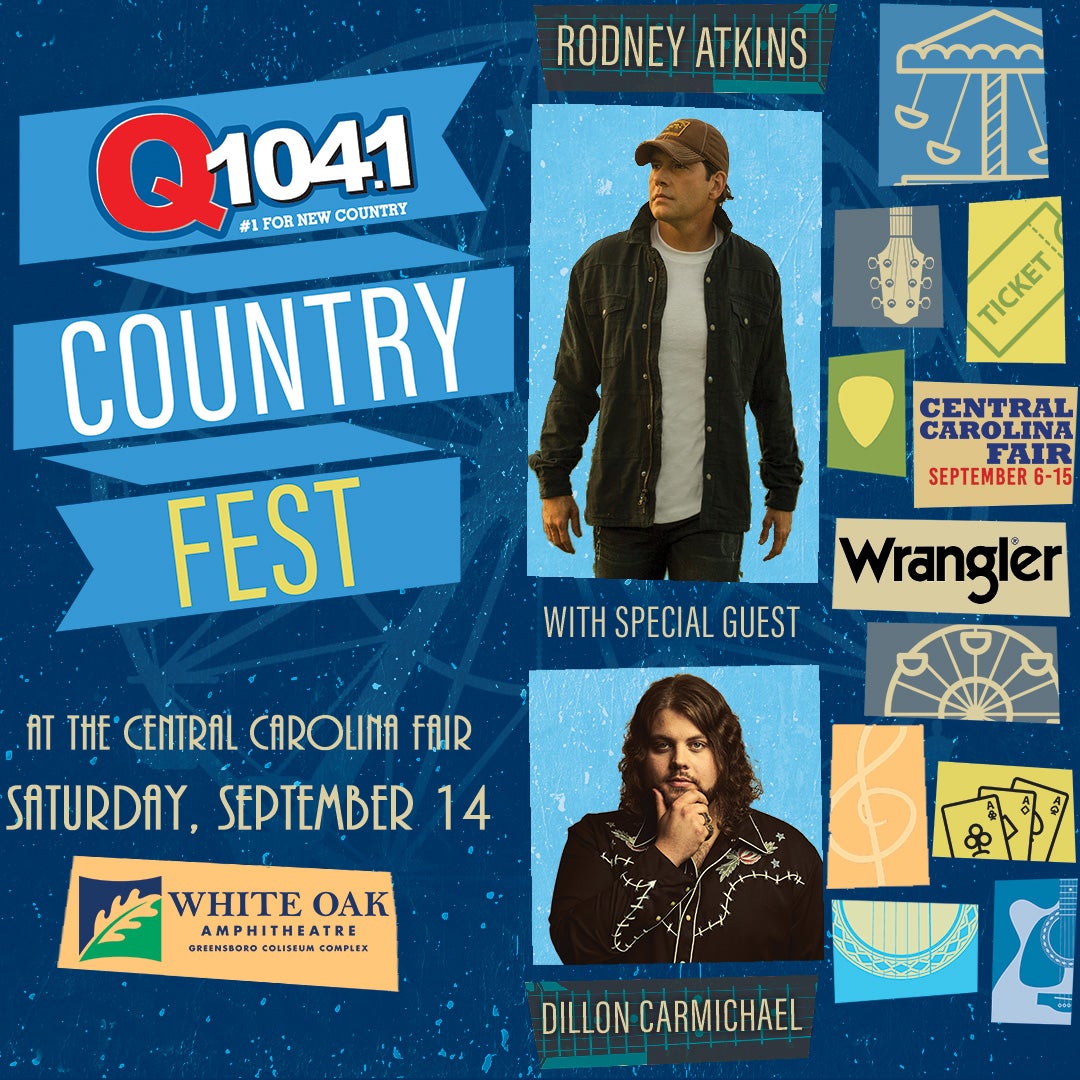 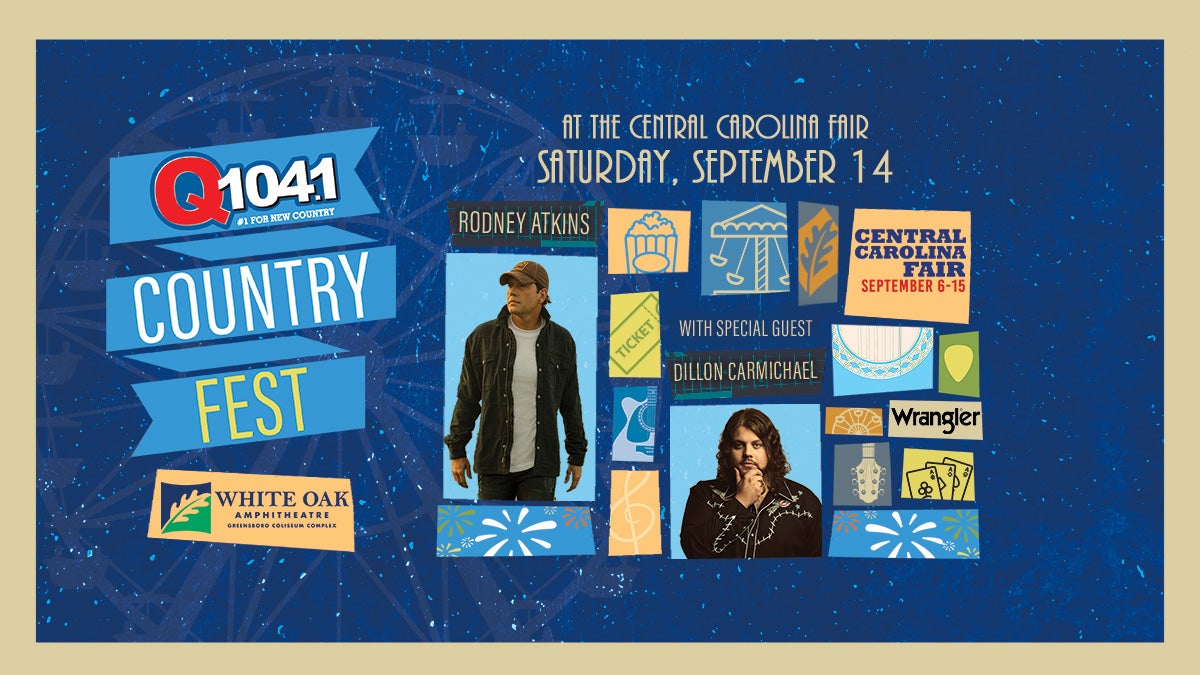 Presale tickets will go on sale Friday, July 12 at 10 a.m. at ticketmaster.com for the early bird price of $10.41 (plus fees) and will be available at that special price through Monday, July 15. The general public on sale ($20 ticket price) begins Tuesday, July 16 at ticketmaster.com and the Greensboro Coliseum box office. Tickets increase to $25 day of show. Tickets includes admission to the Central Carolina Fair.

Rodney Atkins’ fifth studio album, Caught Up in the Country (5/10/19), reveals an artist who is confident enough to know that making your best music can require patience and experimentation. While his storied career has reached such heights as being named the Top New Male Vocalist at the 2006 ACM Awards, it has been more than seven years since Take a Back Road, his last record of new material. But Atkins knew that this time, he wanted to bring his songs further than he had ever gone before.

The results, he believes, are the most daring collection of his career, touching on emotions and sounds which continue to expand his range—from the twangy celebration of the album’s title track (featuring the roof-raising vocals of the Fisk Jubilee Singers) to the slow-burn cover of Jason Isbell’s “Cover Me Up.” And with six No. 1 singles, eight Top Five singles, and over 13 million units sold, Atkins sees that his track record validates his approach.

With Caught Up in the Country, one of country music’s biggest stars is starting his next chapter.

The 121st annual Central Carolina Fair will be held at the Greensboro Coliseum Complex beginning Friday, Sept. 6 through Sunday, Sept. 15. The Fair will feature spectacular rides, carnival food and games, musical entertainment and attractions for all ages.