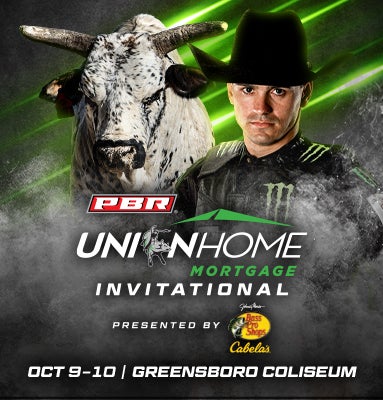 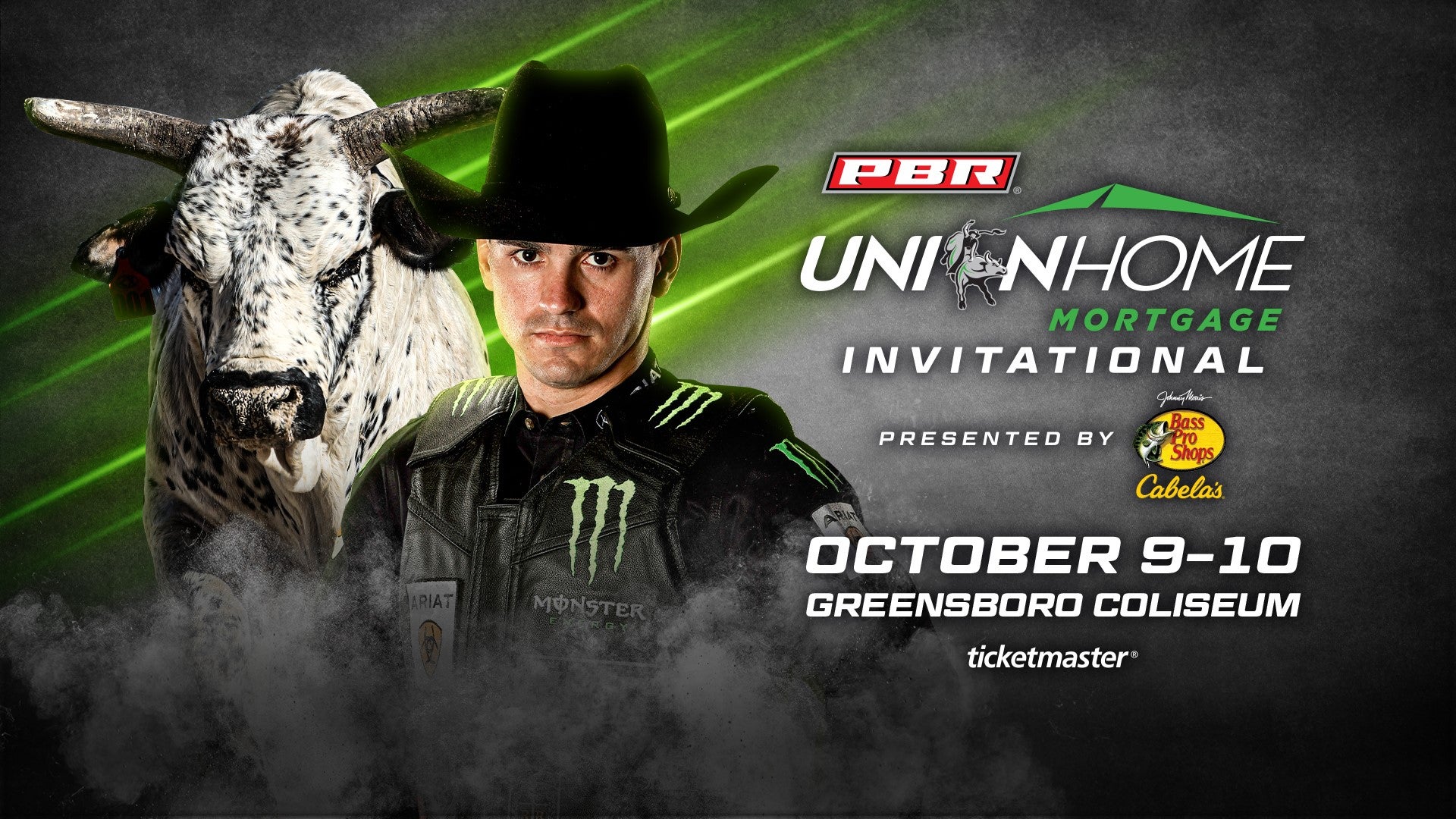 As the race to the PBR (Professional Bull Riders) 2021 World Championship heats up in the second-half, the Top 30 bull riders in the world will be seeking crucial points as they buck into Greensboro Coliseum in Greensboro, North Carolina. Back-to-back nights of white-knuckle action take over the Coliseum on Oct. 9-10, in the sport’s first visit to Greensboro since 2019.

Tickets for the 2021 Union Home Mortgage Invitational Presented by Bass Pro Shops are available starting today at 10 a.m. ET starting at $15 each. They can be purchased online, over the phone by calling 800-732-1727 or at the Greensboro Coliseum Box Office.

Greensboro has been a key stop for many riders chasing world championship dreams during the previous 12 elite series visits to the city, with winners including the likes of two-time World Champions J.B Mauney (Statesville, North Carolina) (2012), Justin McBride (Elk City, Oklahoma) (2004, 2007) and Chris Shivers (Jonesville, Louisiana) (2003) and three-time World Champion Adriano Moraes (Cachoeira, Brazil) (2001). Each Mauney, McBride, Moraes and Shivers rode their way to victory in Greensboro on their way to a PBR World Championship in the same season.

With PBR World Finals looming Nov. 3-7 and the $1 million world championship bonus on the line, the possible 140 world points on the line in Greensboro will be vital to any riders’ million-dollar dreams. The action begins with Round 1 at 6:45 p.m. ET on Saturday, October 9, followed by Round 2 and the championship round starting at 1:45 p.m. ET on Sunday, October 10. Each rider will get on one bull in Rounds 1 and 2, and the Top 12 aggregate scorers move on to the championship round and a chance at the event title.

Fans can upgrade their ticket purchase for either night by purchasing Elite Experiences. The elevated PBR experience includes concession vouchers, Q&A sessions with some of the world’s top riders and stock contractors, souvenir credentials and lanyards.

The 2021 PBR UTB season consists of 26 stops, bringing the toughest athletes on Earth to cities such as Anaheim, Sacramento, Detroit, Ft. Worth and many more. The season culminates with the PBR World Finals at T-Mobile Arena in Las Vegas, November 3-7. The 2021 PBR World Champion – the bull rider who earns the most world standings points during the season – will receive the coveted gold World Championship belt buckle and a $1 million bonus.