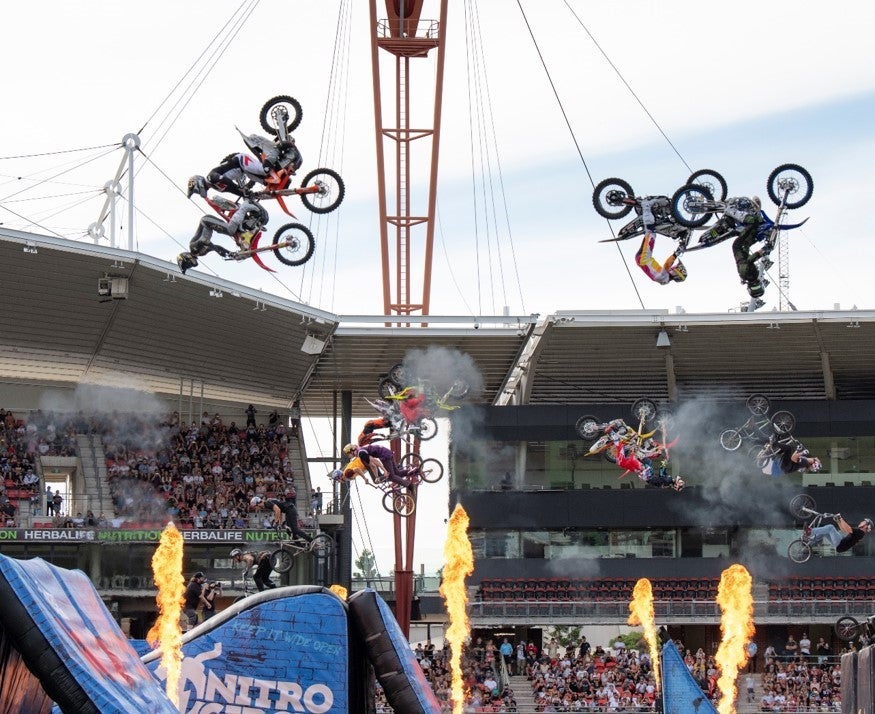 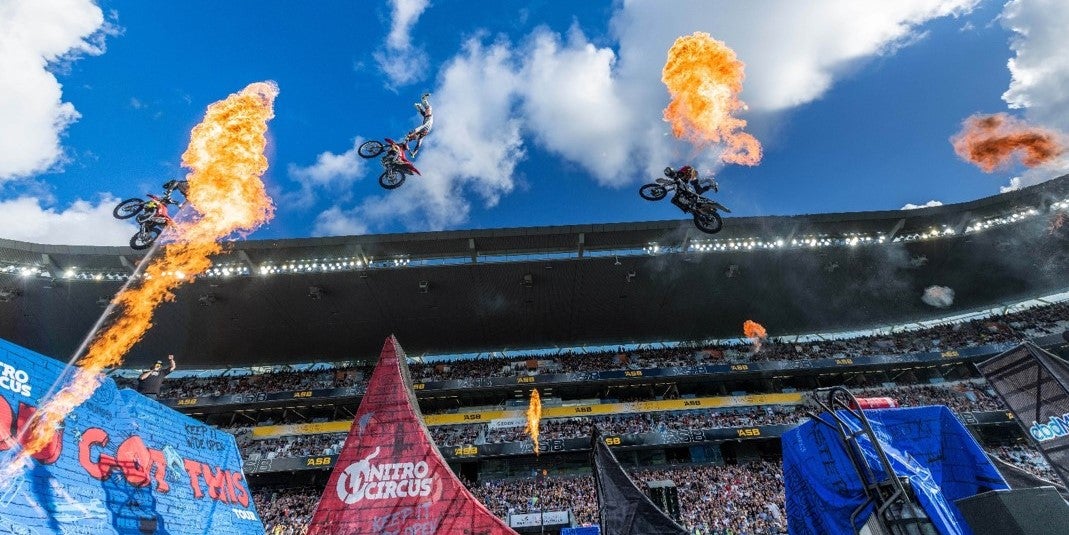 With thrill-loving fans clamoring to experience the exhilaration that only live action sports can deliver, Nitro Circus is gearing up to make its highly-anticipated return this summer. Now Nitro Circus will bring the high-flying You Got This tour to Winston-Salem for a Saturday, August 14th show at Truist Field at Wake Forest University.

Be there live as Nitro Circus’ roster of elite athletes, including champion BMX and scooter rider Ryan Williams as well as skilled professionals in freestyle motocross (FMX), skate and more, brave the world’s largest jumps. The legendary 45-foot Giganta ramp will launch athletes into the sky at 40 miles per hour while moto riders will send it 65-feet high. Nitro’s daredevils will also attempt the craziest stunts imaginable on new contraptions you never imagine could fly! With no roof there are no limits. These real-life action heroes are sure to inspire fans of all ages as they push the envelope at every show with incredible new tricks never seen before. See a preview of the action here.

All tickets from Nitro Circus’ original 2020 Winston-Salem show will be honored on the new August 14th date. Additional tickets are also on sale now and are available at NitroCircus.com.

“After the tremendous disappointment of having to postpone our North American tour for the past year, we are so excited to get back out on the road and deliver action-packed fun to live audiences again,” says Joe Carr, CEO of Thrill One Sports and Entertainment, parent company of Nitro Circus. “Every live show is an immediate adrenaline rush that must be experienced in person.  The Nitro Circus athletes have missed the roar of a live crowd and can’t wait to reconnect with our amazing Winston-Salem fans this summer.”

Nitro Circus: You Got This will feature a packed roster of top international action sports athletes highlighted by Australia’s Ryan Williams, a dual threat on both BMX and scooter. Williams is already a four-time Nitro World Games winner as well as a three-time X Games gold medalist. Nitro ringleader Travis Pastrana considers him, “Hands down, the best action sports athlete alive today.”

Fans looking to get an insider’s look at the You Got This tour can enjoy Mic’d Up Live, the Nitro Circus VIP experience. Mic’d Up Live offers fans under the helmet access to the biggest show in action sports. Hear from some of Nitro’s athletes as they talk to the VIP crowd prior from the top of the ramps and get their first-hand play-by-play as they fly through the air. Watch as they prepare for the show. Gain early entry, be the first to your section and get crowd-free access inside the venue before general doors open.