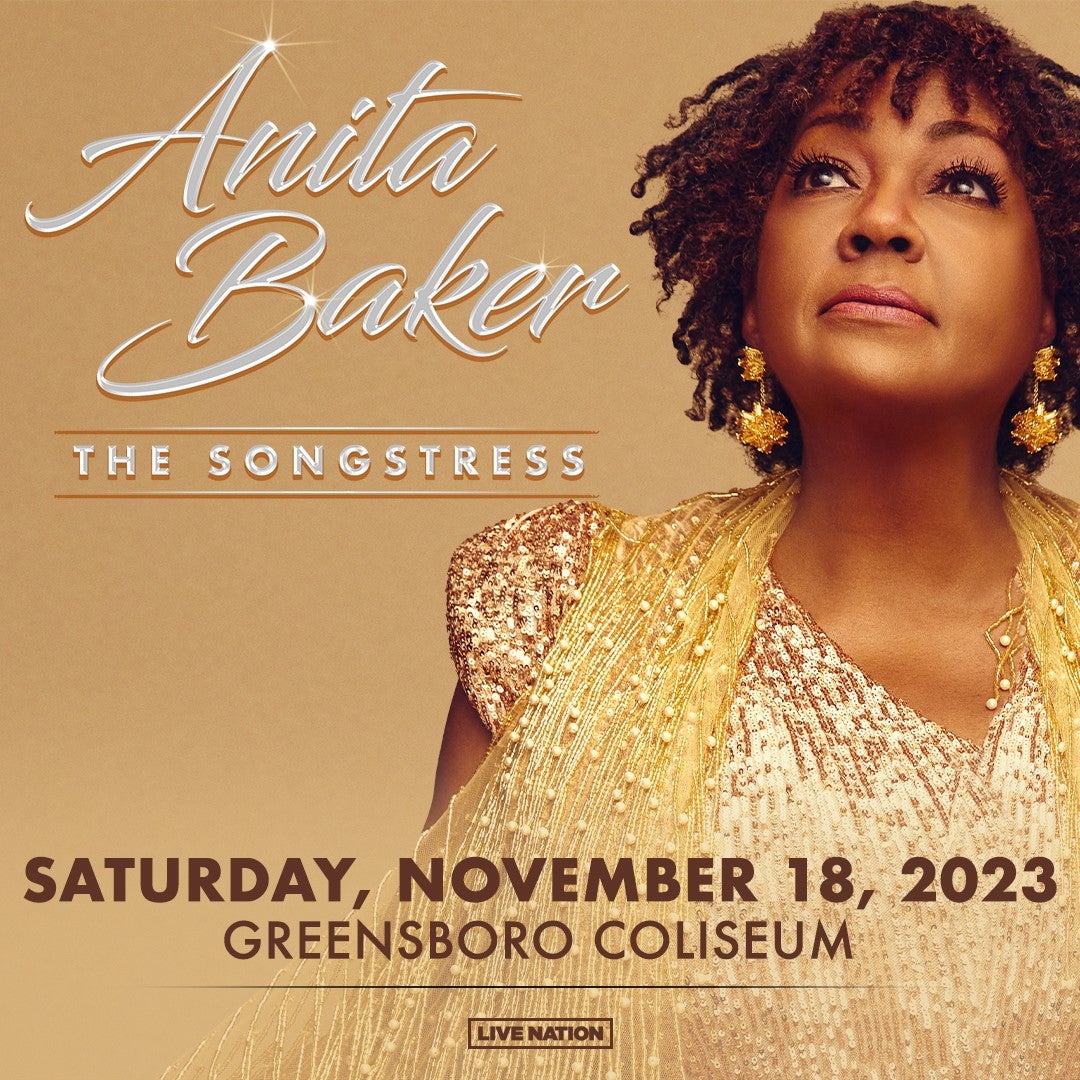 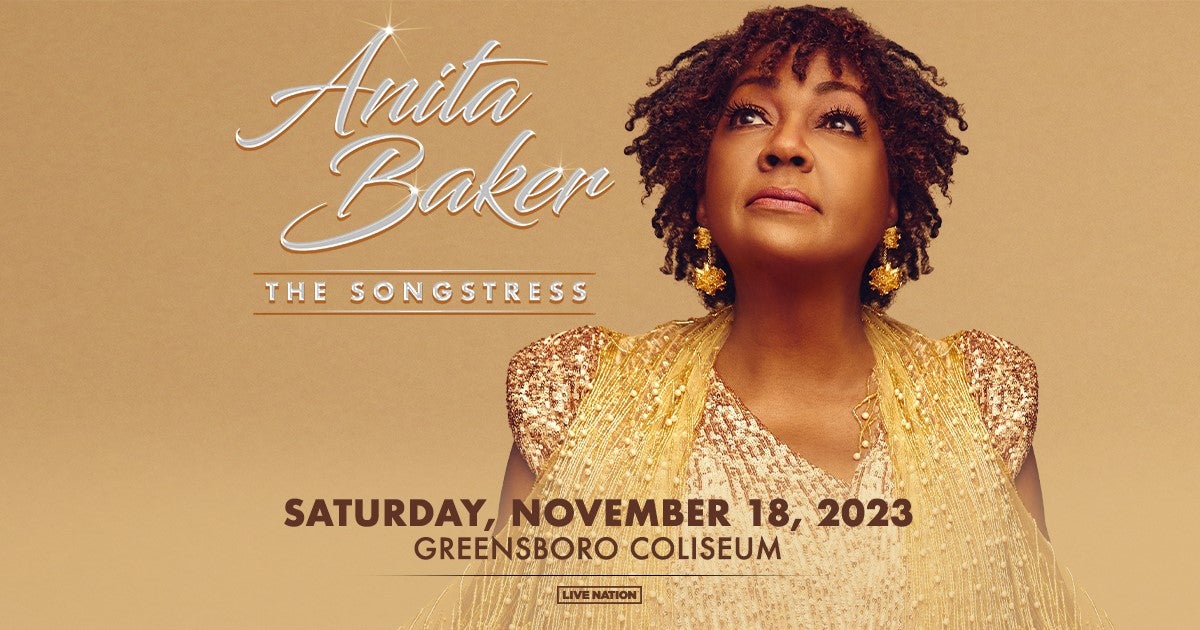 Eight-time Grammy Award-winning superstar Anita Baker, The Songstress, has announced a special run of live dates for 2023, including a Saturday, Nov. 18 date at Greensboro Coliseum. The Songstress’ tour, produced by Live Nation, will bring her to 15 cities kicking off on February 11th at Hard Rock Live in Hollywood, FL making stops across the U.S. in Atlanta, Baltimore, Houston, and more before wrapping up in Oakland’s Oakland Arena on December 23rd.

The tour celebrates Baker’s 40 years as a music icon in the industry since the release of her debut album, The Songstress, was released in 1983. These dates mark the first time she has been on a full tour since 1995 and it is also the first time The Songstress will be performing her classic hits live since winning back the rights to her masters.

Baker, born in Toledo, OH, and raised in Detroit, MI, is one of the most popular singers of soulful ballads during the height of the quiet storm period in the 1980s. Starting her career in the late 1970s with the funk band Chapter 8, Baker released her first solo album, The Songstress, in 1983. In 1986, she rose to stardom following the release of her Platinum-selling second album, Rapture, which included the Grammy-winning single “Sweet Love.” Baker has won eight Grammy Awards and has four Platinum albums, along with two Gold albums. Baker is a contralto, with a vocal range that extends her register to at least three octaves.