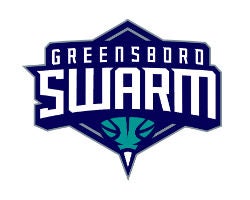 The Greensboro Swarm, the NBA G League affiliate of the Charlotte Hornets, announced today that their 2022-23 season will tip off with a back-to-back homestand against the Delaware Blue Coats (Philadelphia 76ers affiliate) on November 4 and 5 starting at 7 p.m. on both nights.

“We have been looking forward to another season and opening night here in Greensboro,” Swarm President Steve Swetoha said. “We are fortunate to start the season with seven home games in November. We have 16 home dates this season that fall on a Friday, Saturday or Sunday, which is ideal for our passionate fan base. Our team cannot wait to have our fans back in the Fieldhouse this fall.”

Highlights of the Swarm home schedule include 16 weekend dates, starting with the home opener on Friday, November 4. Other key dates this season include:

Single-game tickets go on sale to the general public on Wednesday, September 7, at 10 a.m. at gsoswarm.com.  Theme nights and our promotional schedule will be announced next month.