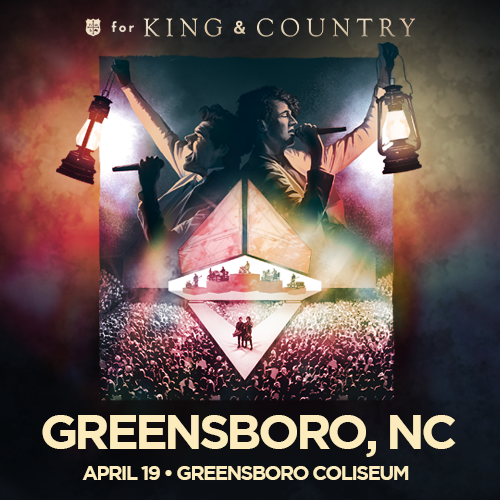 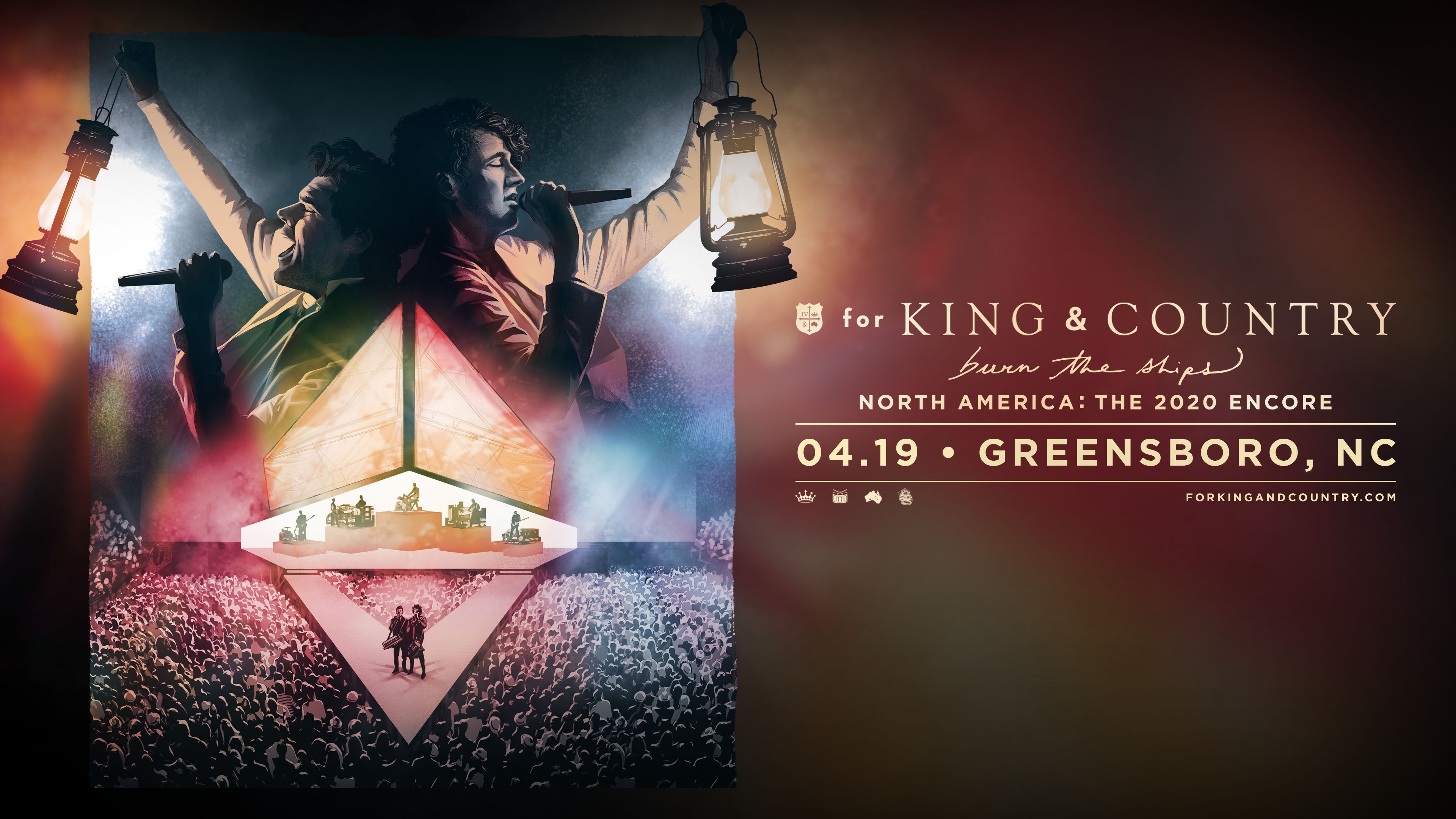 After the overwhelming response to their 36-date fall tour and thousands of requests by fans, two-time GRAMMY® Award winners for KING & COUNTRY have announced 14 new North American dates to extend their world tour into 2020. The burn the ships | North America: The 2020 Encore will come to Greensboro Coliseum on April 19, 2020 and will see the award-winning duo bring their unprecedented live show to fans in brand-new markets. Tickets will go on sale on Nov. 15 at 10 a.m. at Ticketmaster and the Greensboro Coliseum Box Office. Click here for more information.

“We’ve heard you! And on the heels of one of the most meaningful tours we’ve ever been a part of it’s with great enthusiasm that we announce our burn the ships | North America: 2020 Encore! We’ll be coming to 14 more arenas across the United States, with the bow of the ship and more music than ever in-tow, including every song off our new album. Let’s set sail!”

The duo is currently finishing up the second leg of the burn the ships | World Tour 2019: North America, which produced 9 SOLD-OUT shows thus far. Those attending these upcoming shows will get a chance to see for KING & COUNTRY take the stage at the top of each show and play more music than ever before. In honor of the band’s 3rd album release burn the ships, the stage and lighting design will be conceptually inspired by the bow of a ship, and fans will now be able to stand within the “bow” for a complete and immersive experience of one of the most exciting concert events around. The tour is set to hit major markets in Washington, DC; Tulsa, OK; Pittsburgh, PA, and others.

Just one day prior to their highly anticipated CMA performance with world renowned entertainer Dolly Parton, for KING & COUNTRY are set to appear on “Good Morning America” co-anchor Robin Roberts’ ABC special “Dolly Parton: Here She Comes Again!” In the hourlong special, Joel and Luke Smallbone have a chance to divulge their extraordinary & sparkling collaboration on the duo’s No. 1 hit “God Only Knows.” The pre-CMA Awards special airs TUESDAY, NOV. 12 (10:00–11:00 p.m. EST), on The ABC Television Network.

for KING & COUNTRY is set to join nine-time CMA Award winner and world-renowned entertainer Dolly Parton to perform the massive No. 1 hit “God Only Knows” at “The 53rd Annual CMA Awards.” Country Music’s Biggest Night™ will be hosted by Dolly along with Reba McEntire and Carrie Underwood, and will air live from Bridgestone Arena in Nashville, Wednesday, Nov. 13 at 8/7c on the ABC Television Network.