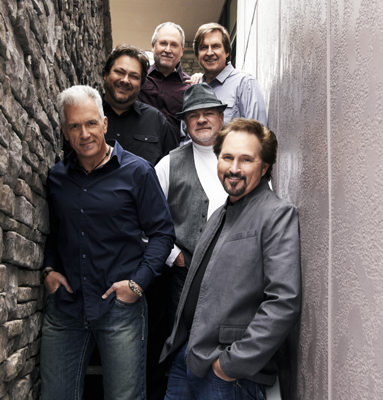 The Greensboro Coliseum Complex has announced it will host Diamond Rio in concert at White Oak Amphitheatre on Saturday, July 7 at 7 p.m.

Diamond Rio recently released I Made It, their tenth studio album. The title track was co-written by the band’s lead guitarist Jimmy Olander and features 11 new songs.  Produced by Olander and Mike Clute, I Made It is available on iTunes and www.diamondrio.com.

Diamond Rio signed to Arista Records and in 1991 with the release of “Meet In The Middle” became the first country music group in history to reach No. 1 with a debut single.  The band is also known for their hits “How Your Love Makes Me Feel,” “One More Day,” “Beautiful Mess,” “Unbelievable,” “In A Week or Two,” and more.  They released their first-ever autobiography, Beautiful Mess: The Story of Diamond Rio on Thomas Nelson in 2009.

Opening acts on July 7 will include two local bands - the Liberty Street Band from Winston-Salem and the Mason Lovette Band from Burlington, NC.