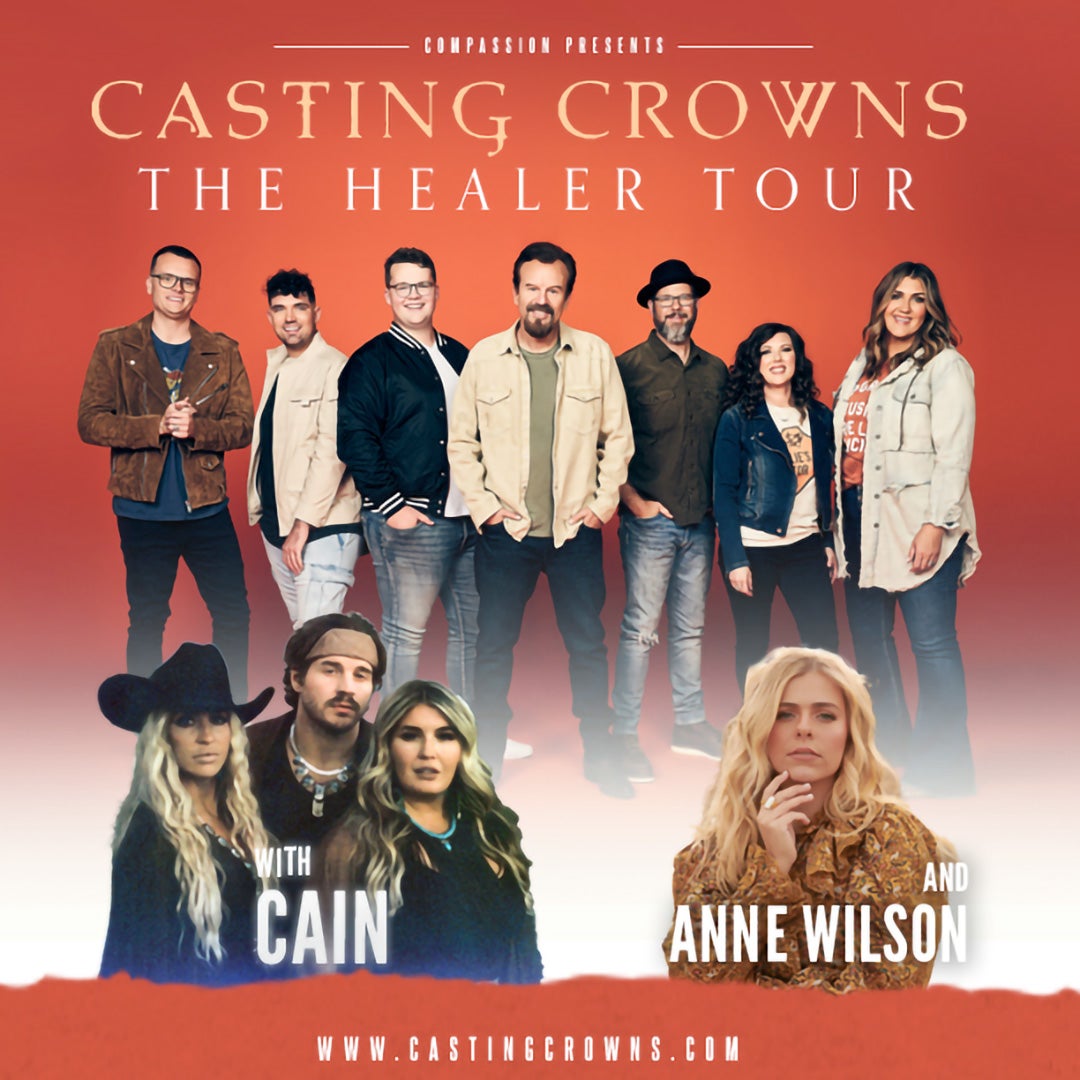 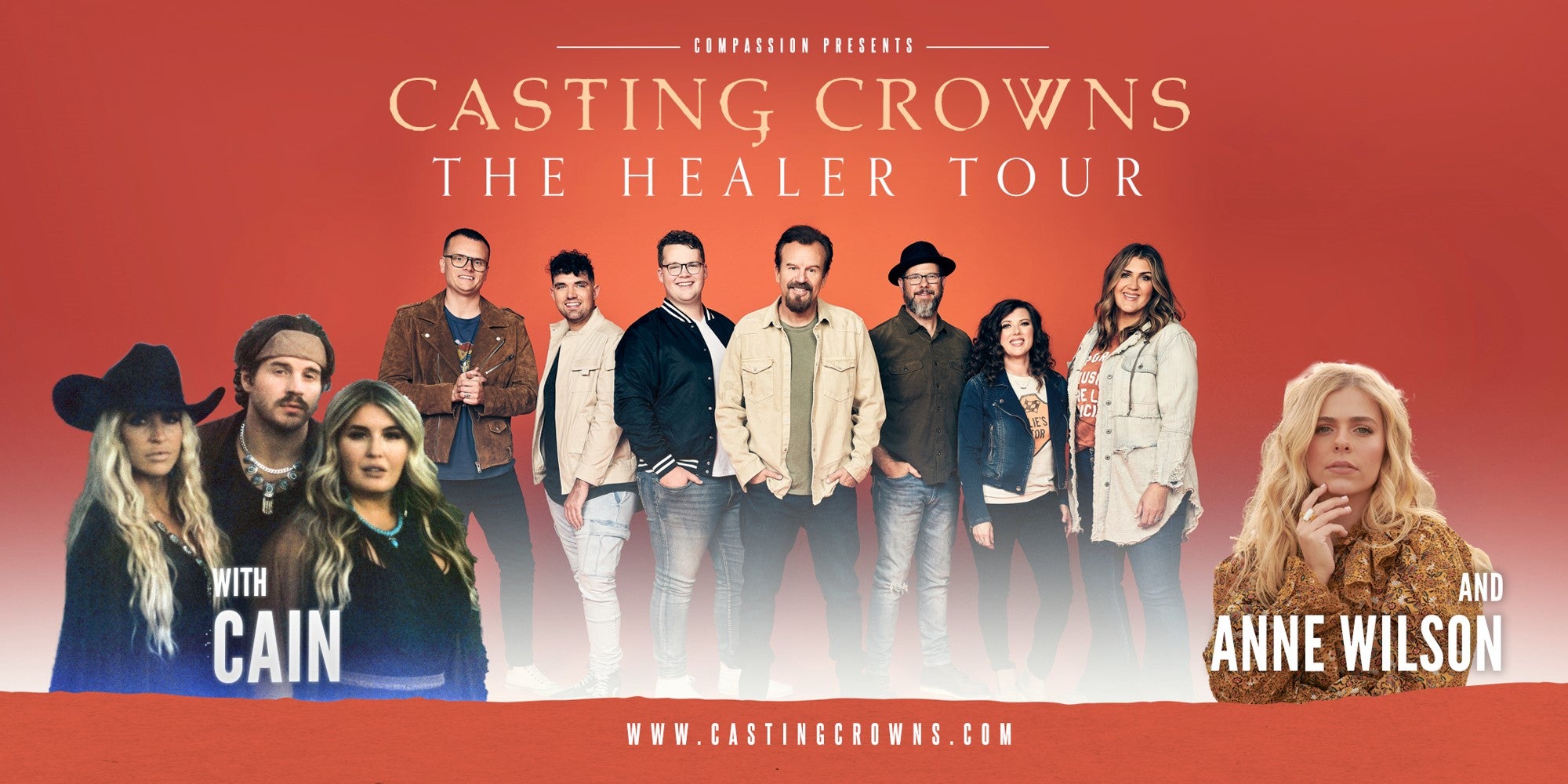 Following a successful 42-city spring run, GRAMMY® winning multi-platinum group Casting Crowns has announced plans to head back out this fall, taking The Healer Tour to an additional 37 major markets across the nation, including Greensboro Coliseum on Saturday, Oct. 22.

A special ticket pre-sale opportunity will take place beginning Wednesday, June 8, 10 a.m. local time though Thursday, June 9, 10 p.m. local time. During this selective pre-sale window, fans may register for pre-sale access, allowing them to purchase tickets early and earn points to win exclusive prize packages including a Flyaway Trip to Orlando to see the tour from the front row, meet the artists, take a backstage tour, visit Walt Disney World and more. Additional pre-sale prizes include artist meet & greets, a side-stage view during the show, upgraded seating, merchandise packages and more.  To access the pre-sale event, ticket buyers must sign up at www.CastingCrowns.com.

Tickets for The Healer Tour will go on sale to the general public on Friday, June 10, at 10 a.m. local time. Ticket options include Gold Circle Tickets featuring best seats, early entry/early access to merch shopping, a souvenir laminate and merch discounts. Ticket information can be found at www.CastingCrowns.com.

The band's 2018 release, Only Jesus, was met with astonishing success and response. Casting Crowns received their newest RIAA Gold Certification for their No. 1 song "Only Jesus" and RIAA Platinum Certification for the song "Nobody." This album also produced two No. 1 radio singles including the group's 15th career No. 1, a GRAMMY nomination, a 2019 Dove Award, two 2020 Dove Award nominations, and two Billboard Music Awards nominations for "Top Christian Album" and "Top Christian Song" ("Nobody" ft. Matthew West). The impact of this album three years later includes more than 480 million streams life to date.  The band’s newest album, Healer, released early this year and has already yielded radio hits “Scars In Heaven” and “Crazy People.”  For more information, visit CastingCrowns.com.

The music of CAIN quickly became a mainstay at radio since their debut single "Rise Up (Lazarus)" was released in early 2020. Raised in Hartselle, Alabama as pastor's kids and now residing in Nashville, CAIN - Madison Cain Johnson, Taylor Cain Matz, and Logan Cain - got their first break opening for Dave Barnes and Andrew Ripp at a show in 2012. A decade later they've performed at numerous sold-out dates on tour with Zach Williams, TobyMac and last year’s K-LOVE Christmas Tour. Additionally, they've hit No. 1 back-to-back at radio with their first two singles, released their first full-length album, and won a K-LOVE Fan Award for Top Breakout Single ("Rise Up (Lazarus)"). They were also nominated for Best New Artist of the Year at the 52nd Annual GMA Dove Awards, where they also performed, and were nominated for a 2021 American Music Award (AMA).

Singer/songwriter Anne Wilson knows the healing power of music firsthand. The lyrics of Hillsong Worship’s “What A Beautiful Name” became a lifeline for the Lexington, Kentucky native after her brother was tragically killed in a car accident at the age of 23. Although she spent much of her childhood behind a piano, Wilson sang in front of an audience for the first time at her brother’s funeral. It was at that moment that she realized what she was born to do. A video of her moving performance organically circulated, eventually landing her a record deal. With a mesmerizing voice and a visible hunger for Jesus, the 20-year-old relies on personal journal entries and time spent in nature for songwriting inspiration.