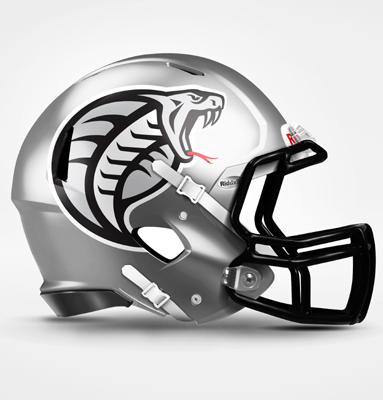 The Columbus Lions (5-3) are traveling to Greensboro this Saturday to take on the Carolina Cobras (7-2) as the Cobras look to stay hot and win their fourth straight game. Columbus seeks a rebound win, after losing last week to the Massachusetts Pirates in the final second of the game, 62-55. Columbus will not only have the disadvantage of playing their second straight road game, but they will also be facing a Carolina team that is fresh off a bye week and seeking revenge. Carolina’s last loss was at Columbus, after the Cobra’s blew a 13-point lead with under a minute to go in the game. Columbus was able to put two touchdowns on the board, the winner as time expired, to walk away with a 55-54 victory.

Carolina’s defense will have trouble this week with Columbus’s high-powered offense, led by quarterback Mason Espinosa and receivers Durron Neal, Triston Purifoy, and Jarmon Fortson. Espinosa currently leads the league in passing yards per game (240.9), and will try to expose the Cobras’ secondary, which has allowed 213.4 passing yards per game, second worst in the league. The Cobras, however, boast the best overall defense in the league, allowing a league best 38.3 points per game, led by Cedric Poole’s and Michael Green’s combined 10 interceptions this year. They and the rest of the Cobras’ defense will have their hands full trying to stop the Lions’ receivers.

Carolina also happens to boast the highest scoring offense in the league, with 58.4 points per game, followed by the Lions, who score 55.63 points per game. Quarterback Charles McCullum hopes to have a field day with the Lions’ defense, who have only produced nine interceptions this year (fourth in league) compared to Carolina’s 23 interceptions (first in league).

The game will kick-off in Greensboro, North Carolina, on Saturday, June 23, 2018, at the Greensboro Coliseum at 7 p.m at tickets are stll available at Ticketmaster and the Coliseum box office.