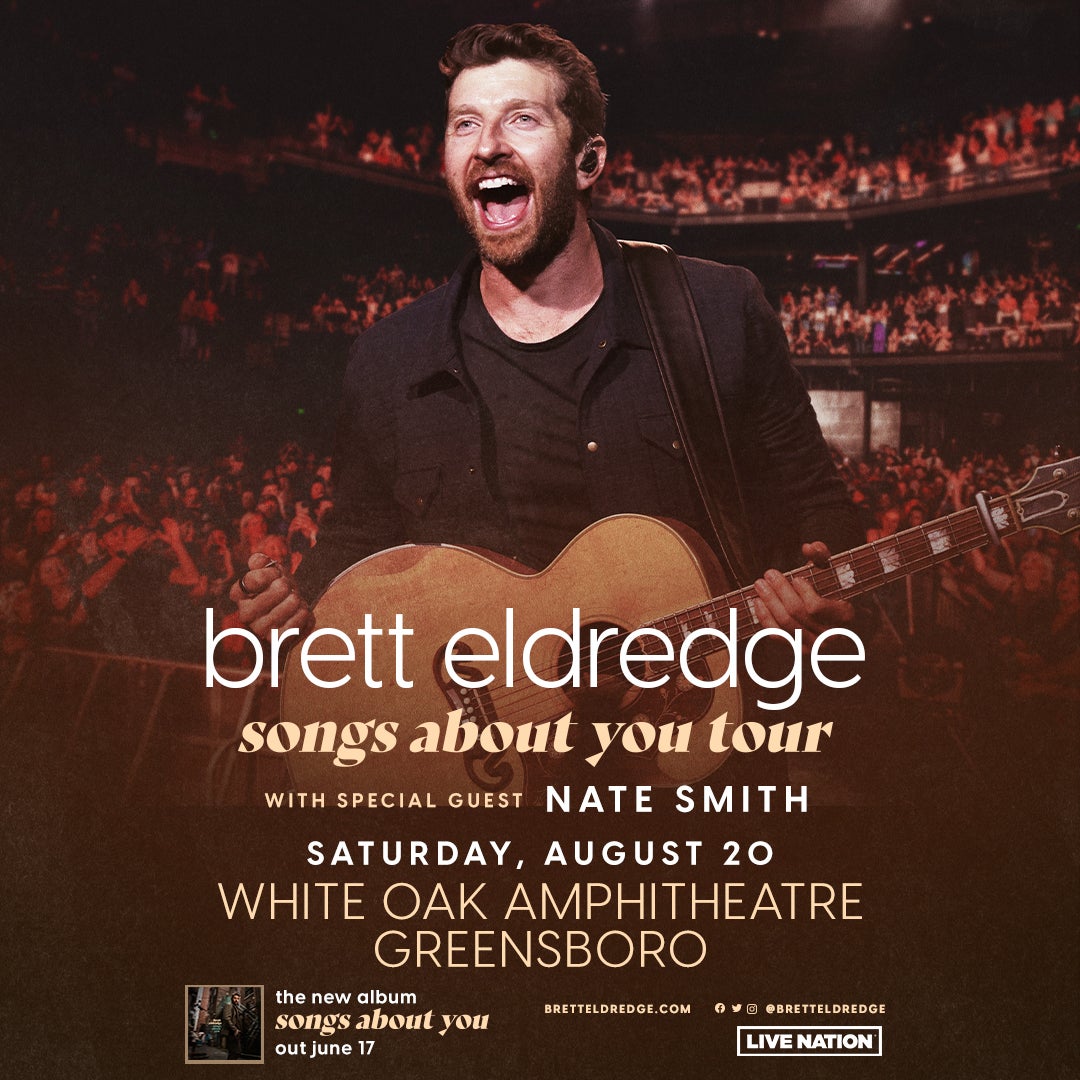 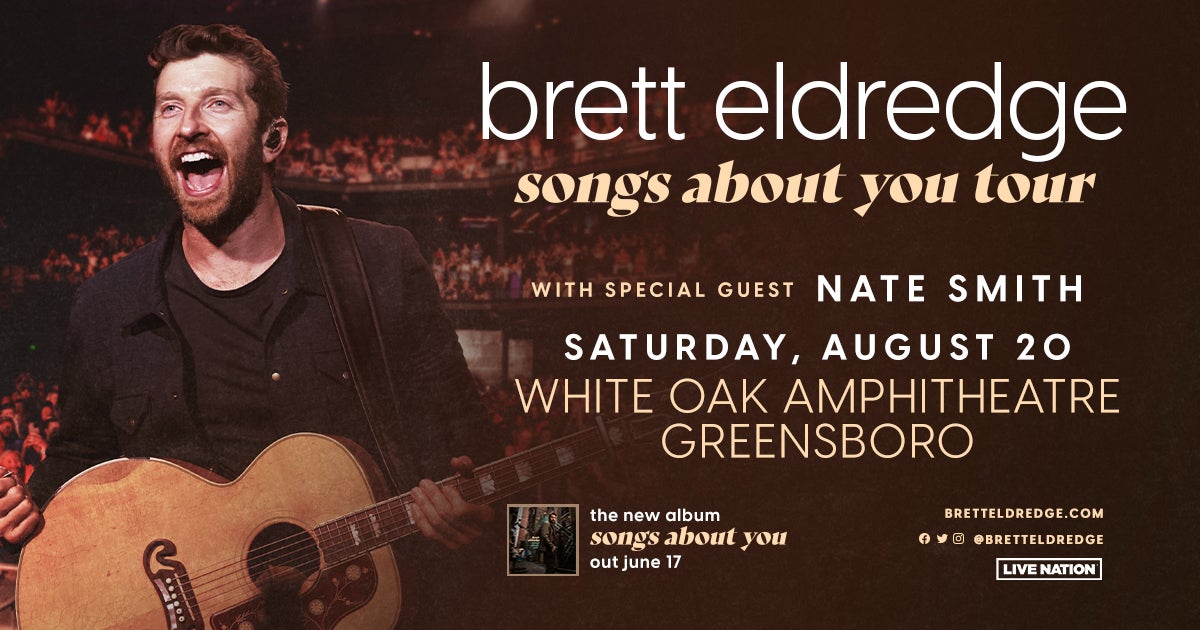 Brett Eldredge is sharing more exciting news today, announcing his upcoming Songs About You Tour and releasing the simmering new track, “Wait Up For Me” (LISTEN HERE), alongside its official music video (WATCH HERE). Eldredge will headline several dates across North America for the tour, including a stop at White Oak Amphitheatre in Greensboro on Saturday 8/20. Presale for The Locals fan club begins Tuesday May 17th, before they’re available for general on sale Friday, May 20th at LiveNation.com

Featuring his signature vocal clothed only in the sleepless seduction of a grand piano, “Wait Up For Me” was co-written by Eldredge alongside Mark Trussell and Heather Morgan. The intimate song will be included on his forthcoming fifth studio album, Songs About You, due June 17 (PRE-ORDER HERE).

“Mark [Trussell] and I started writing this song by the fireplace in Montana,” Eldredge explained. “He was playing around with some chords on the piano and I just started singing and putting a sexy feel to it. Heather [Morgan] was dealing with some altitude sickness that day and was resting at the time but suddenly she appeared out of nowhere with this amazing line – ‘I’m gonna keep you warm like a furnace in the winter // you can cool me off like a summertime breeze.’ She arose from her slumber and just jumped right in!”

Eldredge “continues with his brand of smooth, easygoing grooves that highlight his endless vocal charisma” (Billboard) on the album’s title track and lead single, “Songs About You” (LISTEN HERE). Written by Eldredge, Jessie Jo Dillon and Ben West, the “jazzy mid-tempo heartbreak anthem” (CMT) is climbing the country radio charts now. The lyrics namecheck lines from classics like Bruce Springsteen’s “Dancing In The Dark,” Bonnie Raitt’s “I Can’t Make You Love Me” and Van Morrison’s “Brown Eyed Girl” as Eldredge works through the memories of an old flame, sparked by music he hears throughout the day.

Songs About You will feature 12 songs co-written by Eldredge including the previously released “Want That Back” and “Holy Water.” These latest releases follow his seven country-radio No. 1’s, nine Gold and Platinum-certified singles, two Gold-certified albums, multiple CMA, ACM and CMT Music nominations and wins and most recently, his critically acclaimed fourth studio record, Sunday Drive.