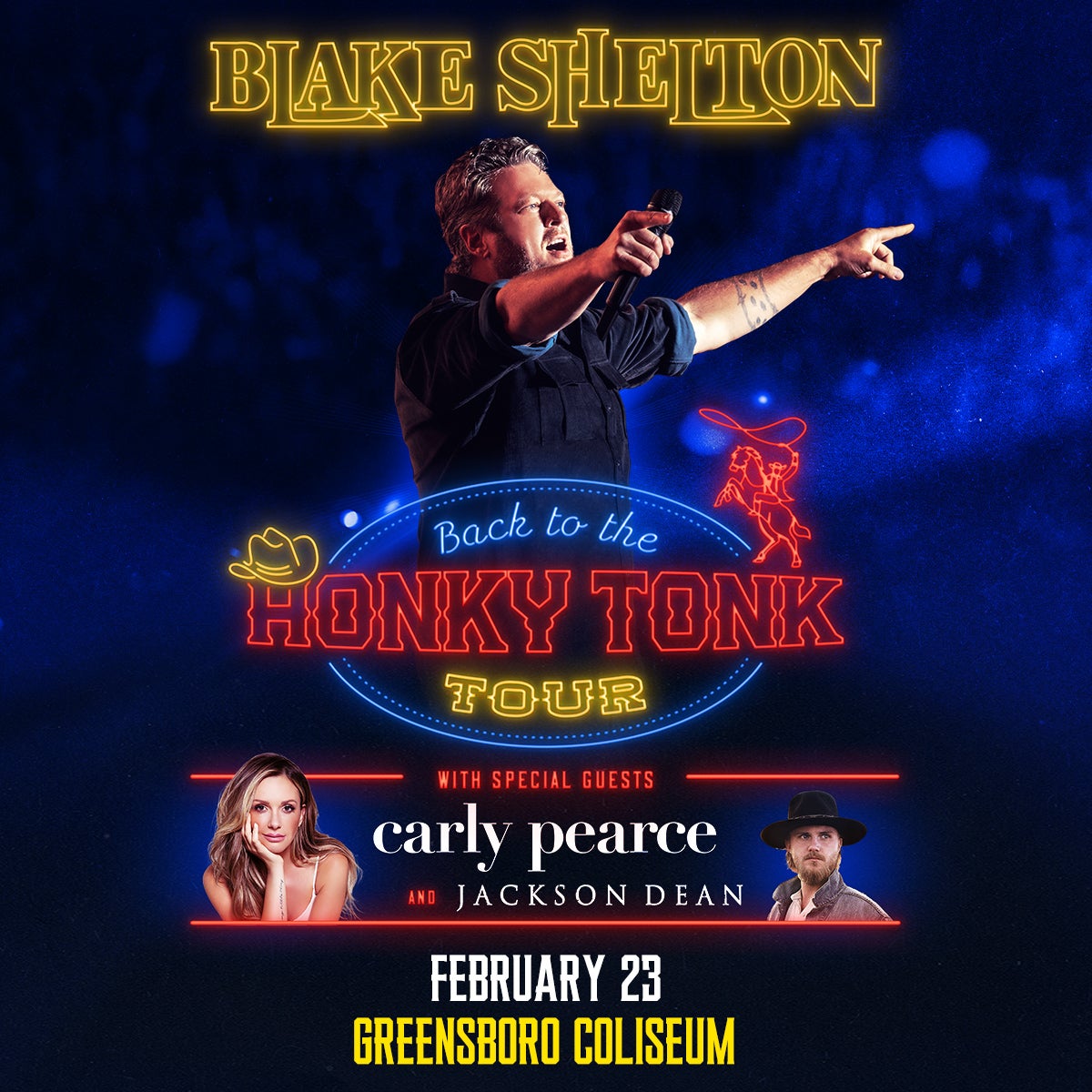 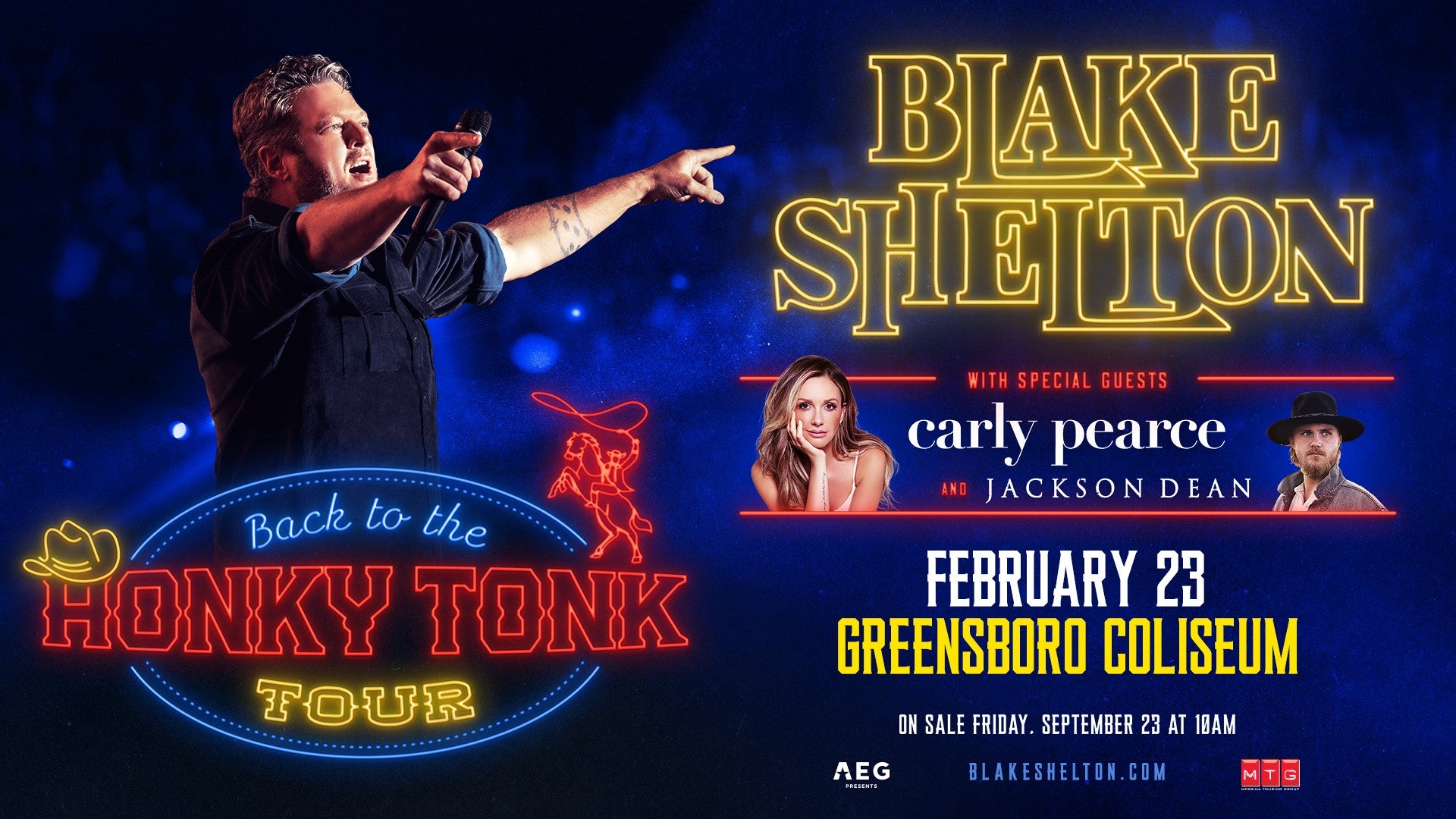 Superstar entertainer Blake Shelton will return to the road in 2023 for his headlining Back to the Honky Tonk Tour, kicking off on Feb. 16 in Lincoln, NE. Set to join the lineup are reigning ACM Female Artist / CMA Female Vocalist of the year Carly Pearce and rising artist Jackson Dean. Tickets for the Feb. 23 Greensboro Coliseum date will go on sale Friday, Sept. 23 (PURCHASE HERE).

“There’s nothing like getting out on the road and taking music to the fans,” Shelton said. “I feel just as excited to step on stage and perform as I did the very first time. I know my tour mates Carly Pearce and Jackson Dean feel the same, and I can’t wait for y’all to get to know them better. Break out the hats and boots, ‘cause we’re going back to the honky tonk!”

Shelton has ranked among Pollstar’s Top 200 North American Tours nearly every year for the past decade. His Back to the Honky Tonk Tour follows consecutive Friends And Heroes outings, each of which earned widespread critical praise. The Spokesman-Review lauded it as “a showcase for Shelton’s natural charisma, talent and humor,” while The Seattle Times declared, “Blake Shelton knows how to show folks a great time.”

The beloved recording artist is indeed going back to the honky tonk with his latest single, “No Body” (LISTEN HERE). “No Body” became the most added song at country radio upon impact last month. The song is “soaked in ‘90s country vibes” (Billboard), and its official music video features line-dancing at a country bar – complete with Shelton sporting his signature mullet (WATCH HERE).

For fans who can’t wait until 2023: Shelton will perform “No Body” tomorrow night (9/8) on NBC’s The Tonight Show Starring Jimmy Fallon. He will then take the hallowed stage at the Grand Ole Opry on Saturday, Sept. 10. Visit HERE to locate additional tour dates through the end of the year.