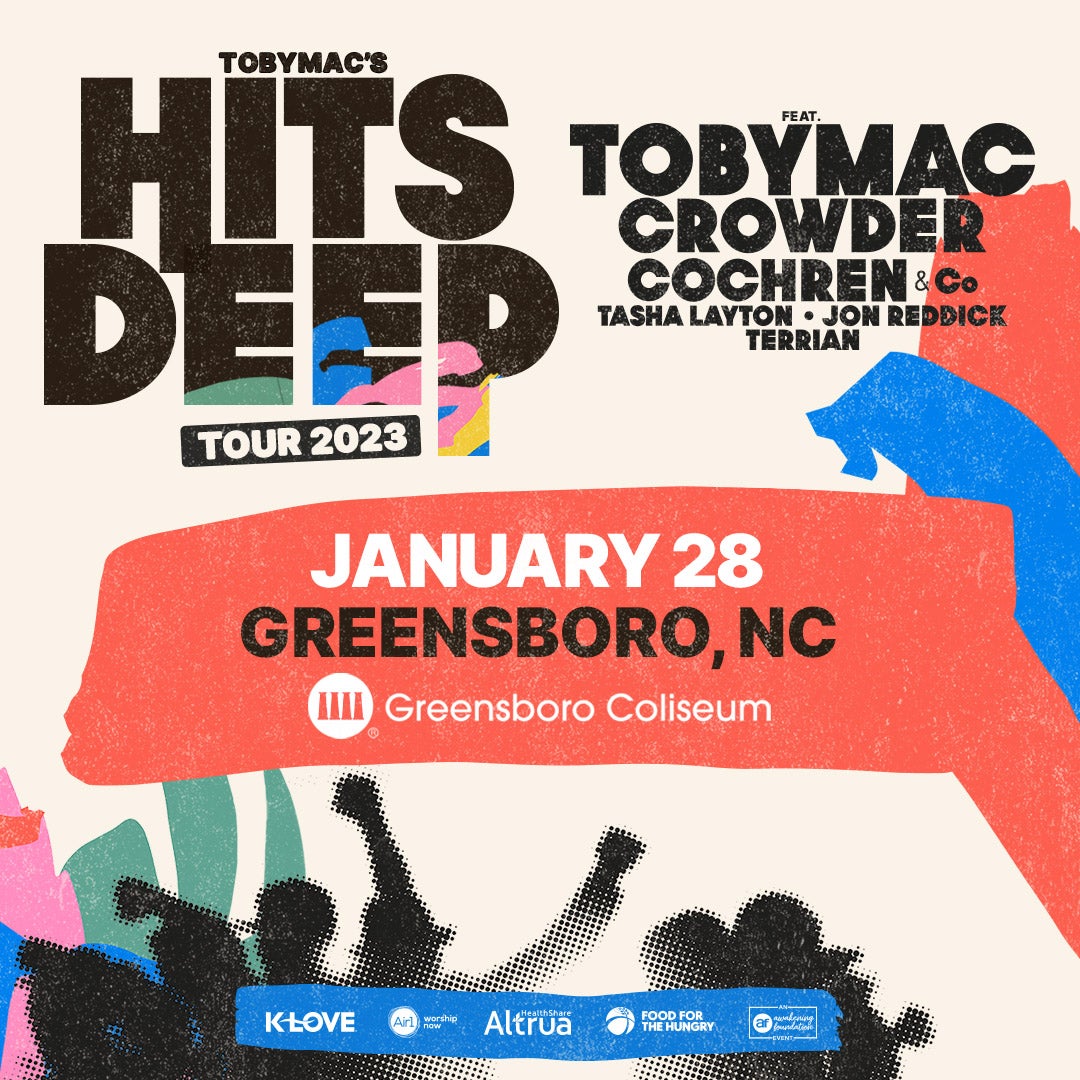 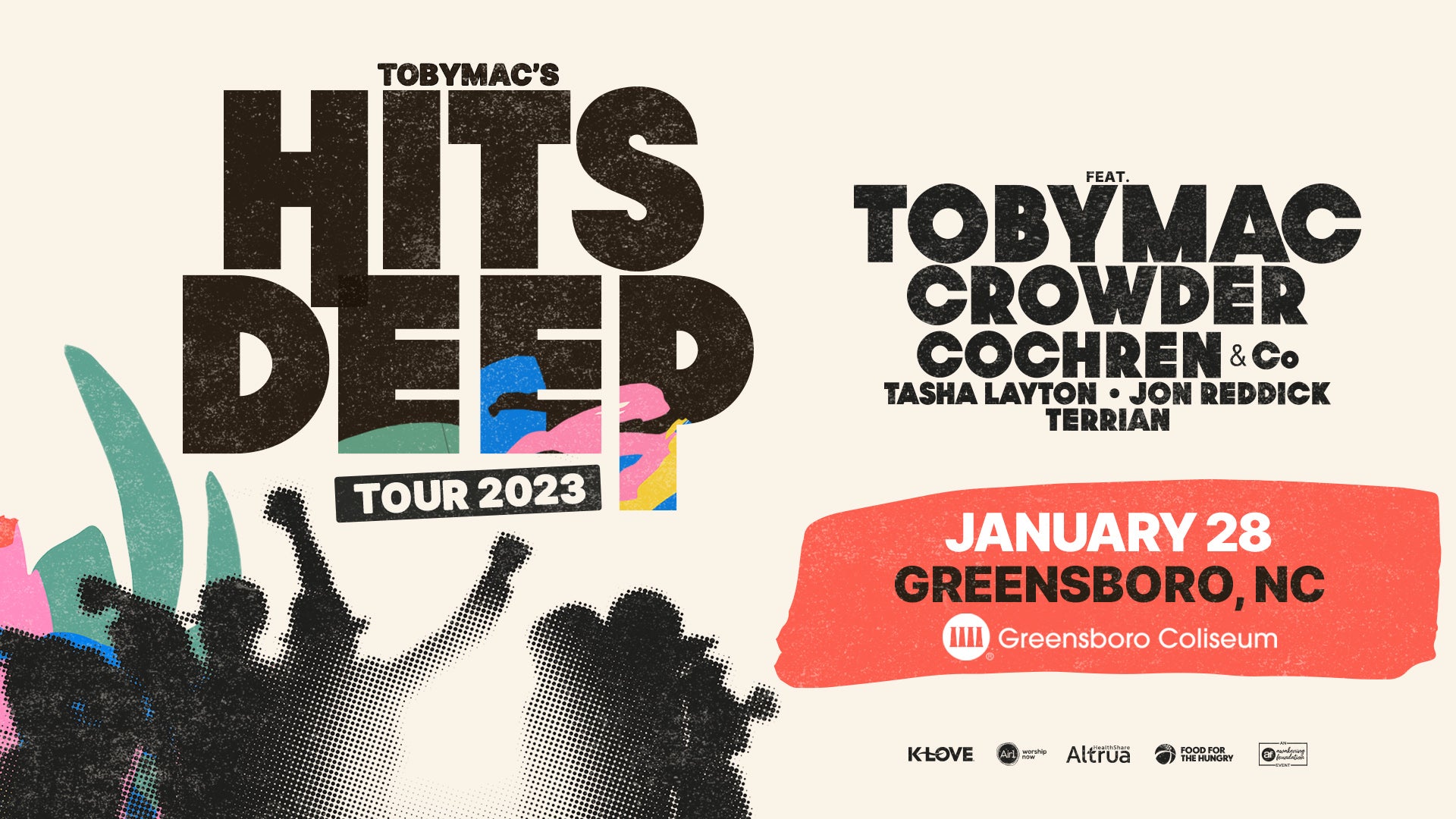 Multi-Platinum-selling artist TobyMac and the Awakening Foundation announce the 2023 TobyMac Hits Deep Tour artist line-up featuring TobyMac and the DiverseCity band with support from CROWDER, Cochren & Co., Tasha Layton, Jon Reddick, and Terrian. The annual arena tour features 30 dates, including Greensboro Coliseum on Saturday, January 28, and will be a night of music and fun for the entire family.

TobyMac's Hits Deep Tour is an Awakening Foundation event and is supported nationally by K-LOVE Radio, Air1 Radio, Altrua HealthShare, and Food for the Hungry. Fans will hear TobyMac's hits as well as new songs from his recent release LIFE AFTER DEATH, which debuted as Billboard's No. 1 Christian and Gospel record of the week during street week.

ABOUT TOBYMAC: With more than 16 million units in career sales and a whopping seven GRAMMY® Awards, TobyMac's career continues on the fast track. His RIAA Certified Gold studio album, THIS IS NOT A TEST, garnered a GRAMMY® Award and Billboard Music Award nomination on top of debuting at No. 4 on the Billboard Top 200. Each of his six studio solo projects have achieved Gold certification, a first for any artist in the history of his label, Capitol Christian Music Group. Among those is his project EYE ON IT, which debuted atop the Billboard 200, only the third Christian album ever to do so. THE ELEMENTS, his latest GRAMMY® -nominated, a full collection of music, boasted "Everything," "Scars," "Edge of My Seat," "See The Light" and more alongside the chart-topper, RIAA Gold Certified "I just need U." His most recent singles, “21 Years,” “Help Is On the Way (Maybe Midnight),”  “Promised Land,” "The Goodness (feat. Blessing Offor),"  "Everything About You (feat. Marlee)" and "Show Up Choose Love (feat. Jon Reddick),” are available wherever you stream music, along with his seventh studio project, LIFE AFTER DEATH.