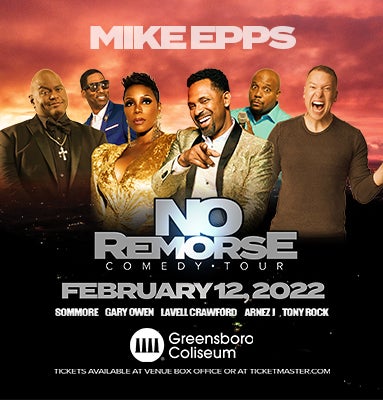 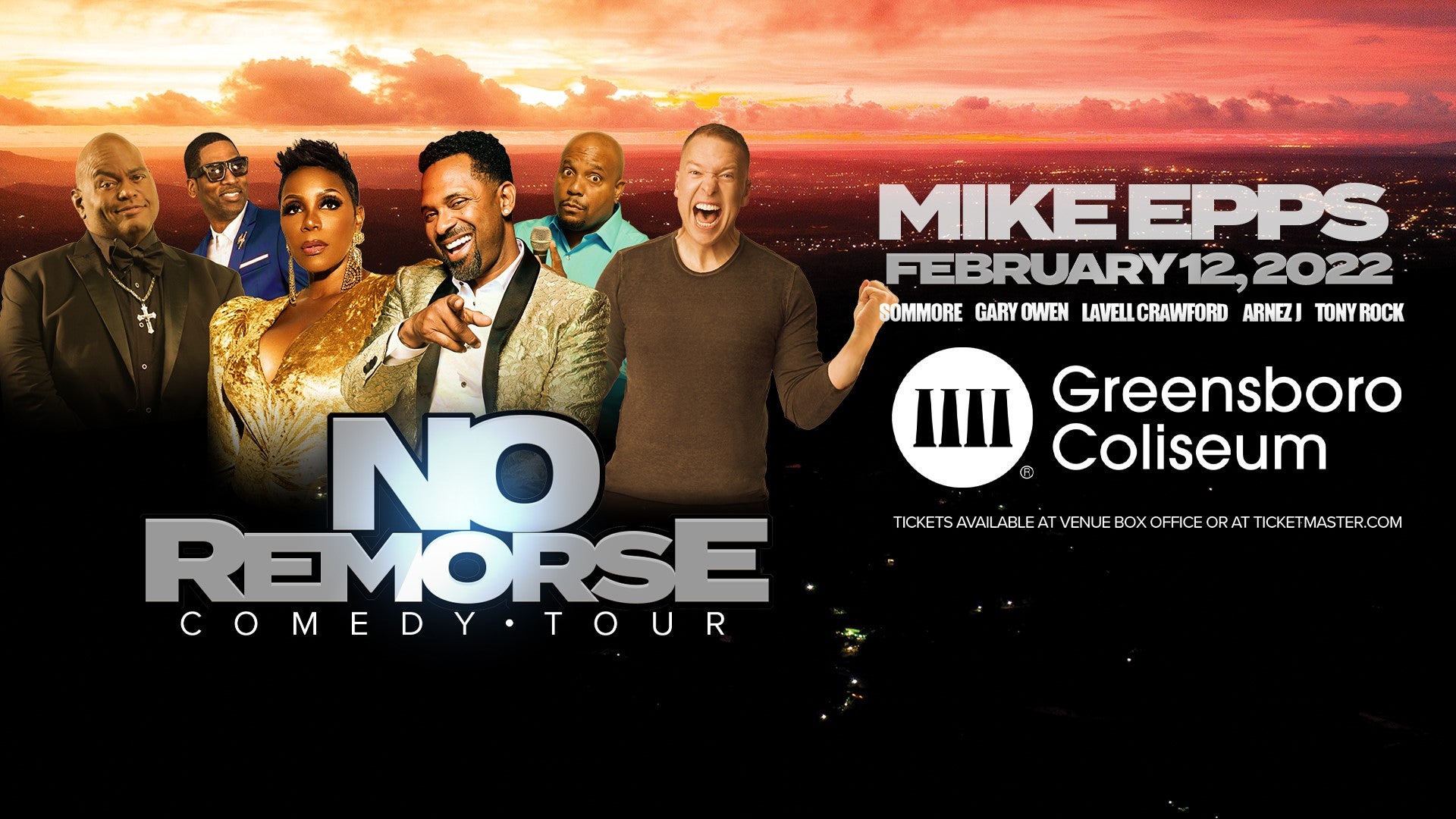 Actor and comedian, Mike Epps, is set to bring the laughs to Greensboro once again with the NO REMORSE COMEDY TOUR.

Epps along with special guest host, Sommore, will deliver non-stop laughs along with some of comedy’s most talented and sought-after entertainers, including Gary Owen, Arnez J, Lavell Crawford and Tony Rock. The all-star lineup will be sure to bring down the house with non-stop laughter for an unforgettable night of comedy!