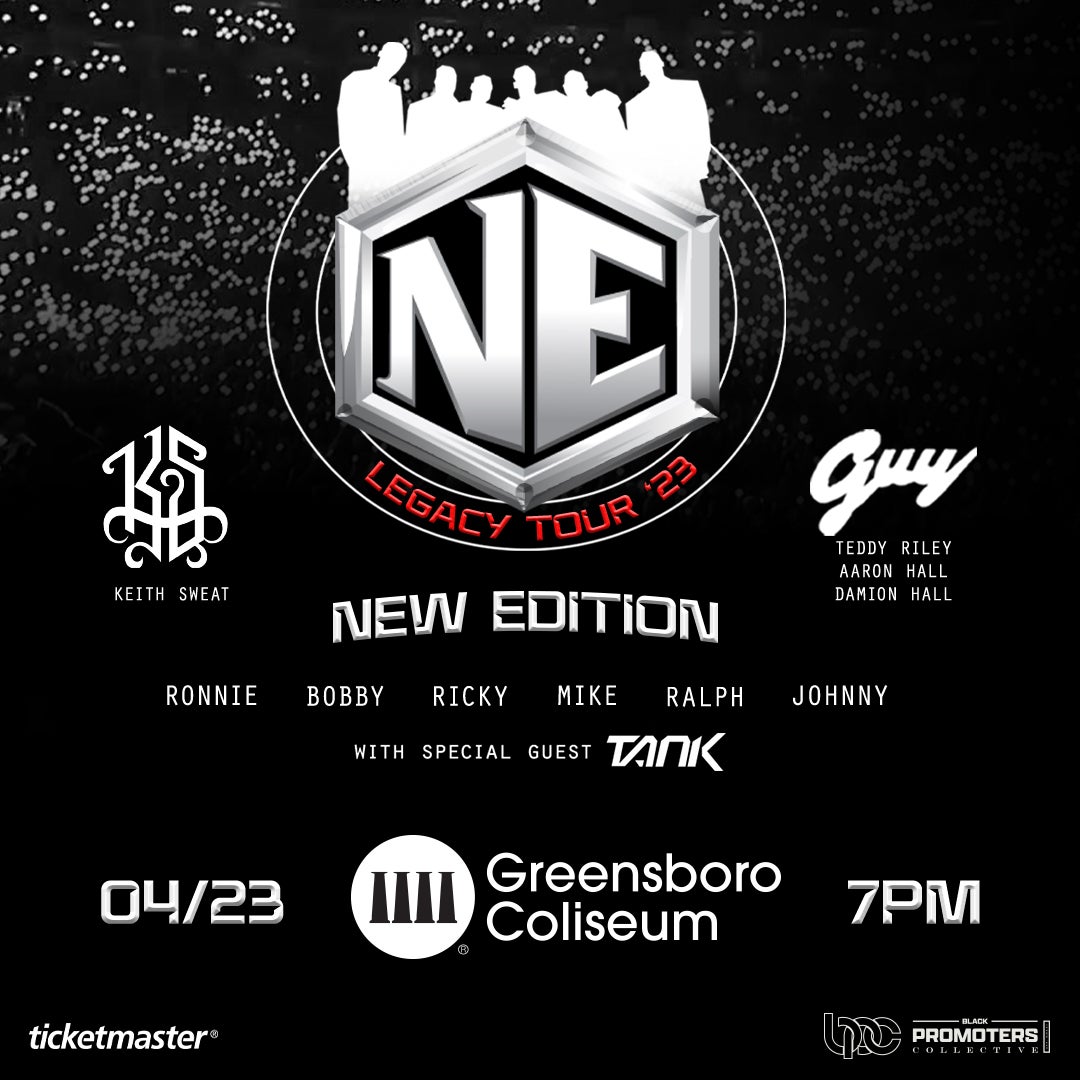 NEW EDITION hit the scene in 1983 with their iconic #1 debut album Candy Girl disrupting the music industry forty years ago. That same year, the album's title cut knocked Michael Jackson's "Beat It" out of the #1 spot on the Billboard "Hot Black Singles" chart. The group has gone on to win many awards, including BET’s “Lifetime Achievement” awards, and has one of the most highly watched biopics in music history, the 3-part BET series: The New Edition Story, which attracted more than 29 million viewers. Comprised of Ronnie DeVoe, Bobby Brown, Ricky Bell, Michael Bivins, Ralph Tresvant, and Johnny Gill, New Edition has remained one of the most influential R&B groups in the world for close to four decades. With a vast catalog, New Edition is ready to perform a host of new hits that weren’t performed in 2022’s “The Culture Tour,” giving their fans a whole new experience to tuck in their memory book.

KEITH SWEAT entered the charts with his 3X platinum debut solo album, Make It Last Forever, in 1987, giving the world its first New Jack Swing Billboard "Hot 100" hit, "I Want Her." The song, produced by Teddy Riley and Sweat, became the most successful R&B song in 1988 on the Billboard "Hot R&B Songs" chart. In 1997, Sweat formed the group LSG (Levert, Sweat, and Gill - Johnny Gill of New Edition), whose debut album, Levert.Sweat.Gill sold double platinum and produced the hit song "My Body," which became a platinum single, spending seven weeks at #1 on the charts. In addition to touring and making new music, Sweat currently has the #1 nationally syndicated R&B evening radio show called "The Sweat Hotel with Keith Sweat," reaching more than fifty markets across the country.

Teddy Riley ushered in a new musical genre called New Jack Swing, which included the formation of his group GUY with Aaron Hall and Damion Hall in 1987. The group's first album, the self-titled masterpiece, quickly spawned the Billboard "Hot 100" hit "I Like," which, along with four other hit singles such as "Groove Me" and "Teddy's Jam," helped to propel the debut album to double platinum status. The group disbanded after their second album, The Future, citing the stresses of the tragic loss of their former manager. However, Teddy Riley went on to produce for the likes of Michael Jackson and Lady Gaga. In addition, he was instrumental in the rise of Bobby Brown's solo career, creating the megahit "My Prerogative," which Complex magazine says is the #1 New Jack Swing song of all time. The “Legacy Tour” will be the first time the group has come together to tour in more than fifteen years.