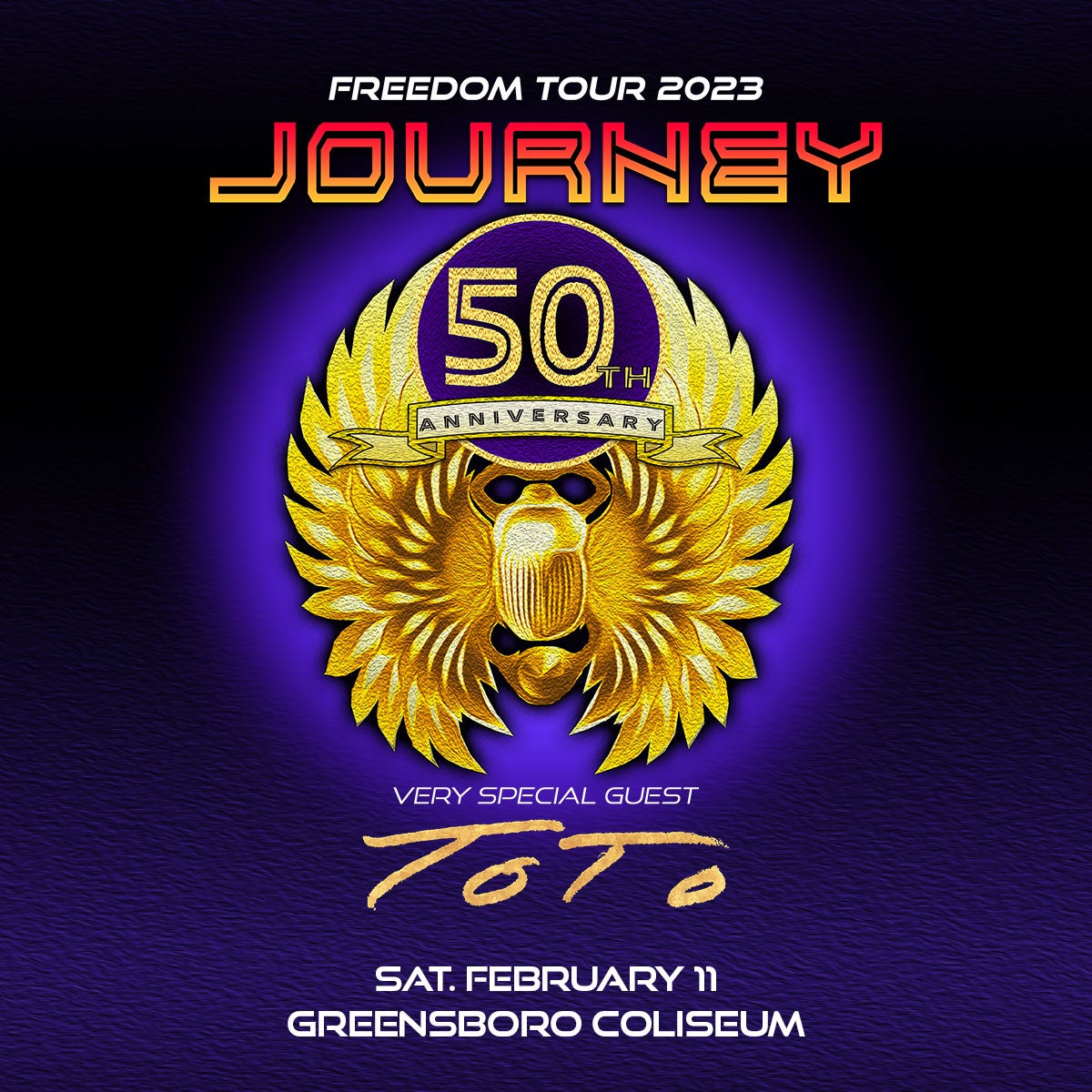 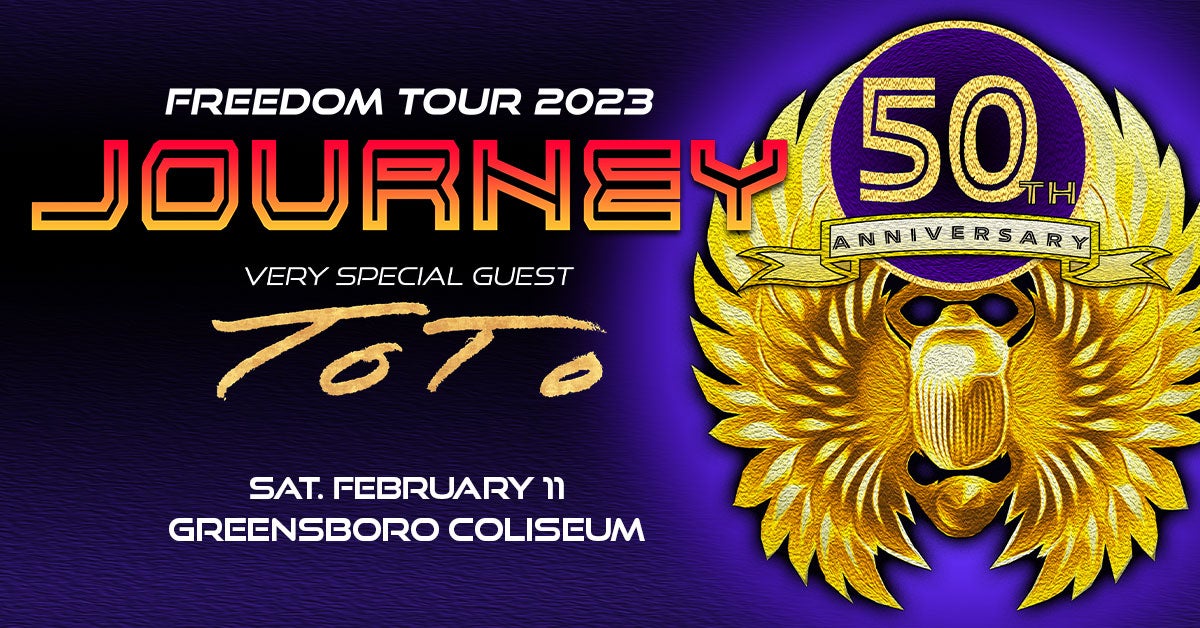 One of the most legendary rock bands of all time, JOURNEY, announces the
continuation of their highly successful tour with the 50th Anniversary Celebration Freedom Tour 2023 featuring, very special guest TOTO.  JOURNEY, Diamond-selling Rock & Roll Hall of Famers will take the stage in 38 cities across North America with their catalog of global chart-topping hits, including "Don't Stop Believin”, "Any Way You Want It", "Faithfully", "Lights" and more.

Since the group's formation in 1973, JOURNEY has earned 19 top 40 singles, 25 gold and platinum albums, and has sold over 100 million albums globally. Their "Greatest Hits" album is certified 15 times-platinum, making JOURNEY one of the few bands to ever have been diamond-certified, and their song "Don't Stop Believin'" has been streamed over one billion times alone.

JOURNEY was inducted into the Rock And Roll Hall Of Fame in 2017, and 2018's co-headlining tour with DEF LEPPARD was the band's most successful tour to date, landing them in the Top 10 year-end touring chart with more than 1 million tickets sold, and earning them the prestigious Billboard "Legends Of Live" touring award. March 2019 saw the release of "Escape & Frontiers Live In Japan", a live DVD/CD set from their concert at the Budokan in Tokyo featuring the band's first-ever performances of the albums "Escape" and "Frontiers" in their entirety. JOURNEY has also received a star on the Hollywood Walk Of Fame and were inducted into the Hollywood Bowl Hall Of Fame. Additionally, the band is the subject of the award-winning documentary "Don't Stop Believin': Everyman's Journey" about the band's resurgence upon adding Arnel Pineda as lead singer after JOURNEY Founder, Neal Schon discovered the Philippines native on YouTube.

The members of TOTO are celebrating an accomplishment few bands have achieved in the modern era. Cumulative streams of the ensemble’s repertoire now exceed 3 billion plays. Amongst the most listened to recordings, “Africa” accounts for over one billion streams at Spotify alone. This year the song was recertified by the RIAA 8X Platinum.

Over the past decade, the band has had a major renaissance in popularity like few bands at this point in their career.  The audience is truly multi-generational, becoming younger with each passing year.  Joining Steve Lukather and Joseph Williams are band members bassist John Pierce (Huey Lewis and The News), drummer Robert “Sput” Searight (Ghost-Note, Founding member Snarky Puppy, Snoop Dogg), keyboardist Dominique “Xavier” Taplin (Prince, Ghost-Note), multi-instrumentalist / vocalist Warren Ham (Ringo Starr) and keyboardist / background vocalist Steve Maggiora,. This line-up marks the fifteenth incarnation of Toto in consideration of band members or sidemen who joined or exited. Individually and collectively, few have had a larger imprint on pop culture than the members of TOTO.  The family tree can be heard on an astonishing 5000 albums that together amass a sales history of a half a billion albums.  Amongst these recordings, NARAS applauded the performances with hundreds of Grammy nominations.